Why must red wine get all the positive press when it comes to health? It will come as good news to beer drinkers that the world’s oldest drink holds health benefits of its own. Some of those benefits, researchers say, suggest that beer is just as deserving as wine (if not more so) when it comes to all the health buzz. 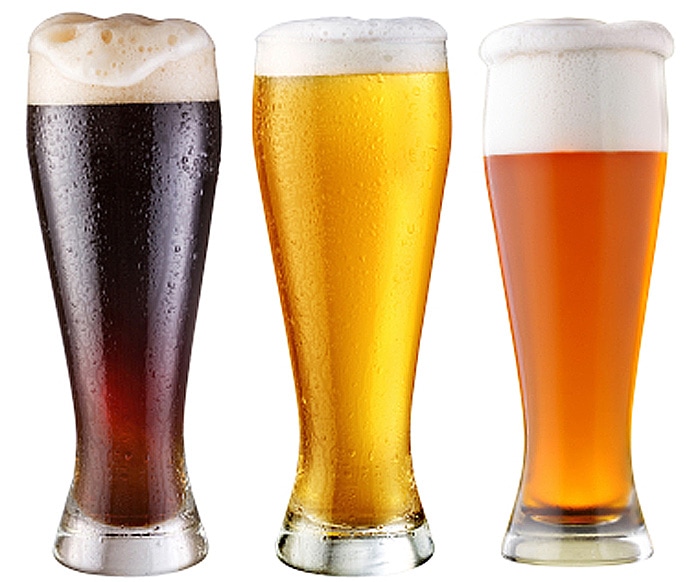 Beer and Bone Health Benefits: Is there a Link?

Research published in the February 2010 Journal of the Science of Food and Agriculture examined 100 commercially produced beers, and found that those made from malted hops and barley (versus wheat), are a source of silicon, a mineral that helps increase bone mineral density. But don’t trade your milk for beer just yet – this study simply examined silicon content in beer, not its impact on bones, so it’s not appropriate to draw conclusions for dietary recommendations. However, the research does help construct a case for the cold brew being a significant contributor to dietary silicon, and adds more credibility to previous studies that suggest a connection between beer consumption and bone health benefits.

Though it’s true that alcohol consumption in general can benefit cardiovascular health, you may wonder if beer, specifically, can help keep your ticker ticking. Good news, beer drinkers! A large 2003 Kaiser Permanente survey found that men who drank beer had a lower risk of coronary artery disease than men who drank other types of alcohol. Plus, research culled from the Nurses’ Health Study found that women who drank one beer per day struggled less with hypertension than those in the study who consumed wine or other liquor.

Fruits, vegetables, and, of course, red wine come to mind when thinking of antioxidants, but beer also belongs in the antioxidant group! Canadian research from 2004 suggests that beer is a strong source of antioxidants, providing just as much protective effect from polyphenols as red wine. But not all research on the health benefits of antioxidants show beer to be beneficial, especially when applied to everyday limitations. Take, for example, xanthohumol, an antioxidant found in beer: It’s been shown to slow prostate cancer growth, but in order to gain the protective effects, one would have to consume about 17 beers per day! Obviously, drinking beer to ward off cancer isn’t recommended, since drinking that much would cause more harm than good for your body.

Bring on the Beer?

Before you crack open a cold one, keep in mind that, as is the case with any alcoholic beverage, if you don’t currently drink, there’s no reason you should begin drinking just to glean health benefits. Plus, going beyond one drink per day for women, and two for men has been shown to have an adverse effect on health. Think of beer (or red wine) as a small part of an already-healthy diet that is balanced and includes whole grains, low-fat dairy, lean protein, and fruits and vegetables.

And before you belly up to the bar, don’t forget to add up the calories from the beer (or any drink) you imbibe if you choose to partake. Beer can add a lot of extra calories to your day (and dark beer can sometimes have twice the calories of lighter brews) – so that’s an important angle to add in when it comes to weight control. No one wants the dreaded beer belly!

Beer drinkers can raise a toast to unsung health benefits, but just as with red wine, it’s important to avoid drinking solely for health. Choosing nutritious antioxidant and vitamin-packed foods to achieve dietary goals is the best strategy for great health.