Recently, you may have started to hear about Goji berry. It has earned a prominent place on the list of super foods, having been touted for a seemingly endless list of health benefits, such as promoting longevity, improving metabolism, treating impotence, preventing cancer, and cleansing the blood. So what is the real deal with Goji berry? Is it worth all the media hype it is receiving? 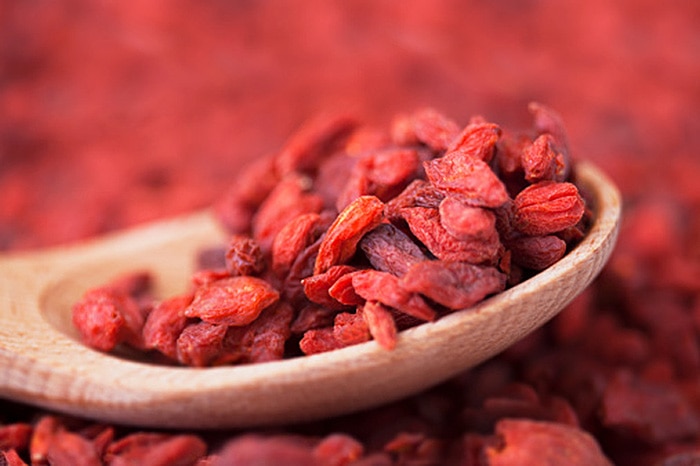 What is Goji Berry?

Goji berry (sometimes called Chinese wolfberry) belongs to the Solanaceae family of plants, which also includes tomato, potato, and eggplant. When dried, it looks a lot like a bright reddish-orange raisin. The fruit is tart, slightly sweet (somewhere between cherries and cranberries) and has a faintly bitter aftertaste similar to ginseng. Goji berry has long been popular in Chinese traditional medicine, where it has a reputation as a tonic for the liver and kidney, and is also believed to be good for vision and have anti-aging properties.

What Research Says about Gogi Berry

A review paper published in the Cellular and Molecular Neurobiology journal in 2008 outlined several known components of the fruit and their possible health benefits. For example, Goji berry contains carotene and zeaxanthin, which are nutrients important for eye health. In addition, the fruit contains various water-soluble polysaccharides (a group of complex molecules) that appear to have beneficial effects on overall immunity, protection of body cells (from oxidation and aging), and brain health.

At this point, it is too early to recommend a specific level of intake for Goji berry. Chinese cooks typically include the dried berries in a soup or hot pot, where they are left to steep or simmer in the hot liquid before being eaten or drunk. Consumed this way, the amount eaten in one sitting tends to be fairly small. However, recent forms of Goji berry supplements in this country treat the berry like a snack item similar to dried fruits (including a chocolate-covered version) or as a juice. It is unclear which form(s) of the berry result in the optimal absorption of nutrients.

If you choose to try Goji berry, keep in mind that despite some promising early research, it is not a silver bullet or cure-all for diseases. The good old saying of “everything in moderation” also holds true for Goji berry, especially since many forms of this berry tend to be fairly expensive. Since we don’t know much about Goji berry’s specific actions, don’t use it as an excuse to skimp on fruits and vegetables. Eating a wide variety of fruits and vegetables is the best surefire way to up your intake of antioxidants and vitamins in general.

There is some evidence that Goji berry influences the action of blood-thinners, and possibly some diabetes and blood pressure medication as well. If you are taking any of these medications it is a good idea to check with your doctor before trying Goji berry.