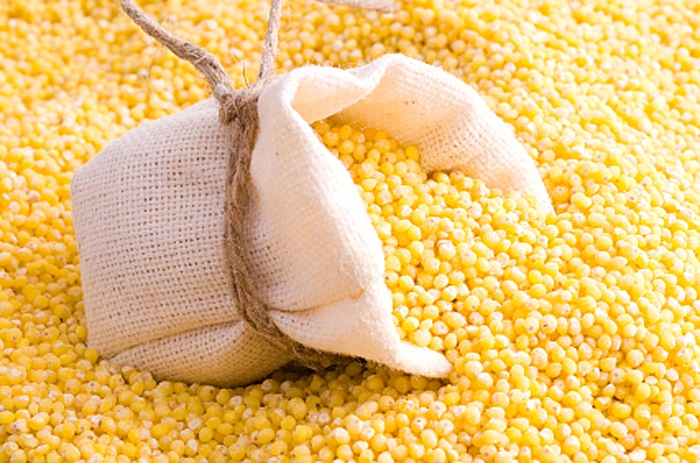 Dietitians say, “Make half of your grains whole.” Since most people need 6-11 servings of grains a day, it’s a good idea to venture beyond whole grain pastas and breads to avoid dietary doldrums. Luckily, there are loads of little-utilized whole grains that you can easily cook up to add fiber, protein, and a healthy change of pace to your diet. Shaking things up isn’t the only good reason to try a variety of whole grains to ensure your daily share: a 2008 study published in the Journal of the American College of Nutrition found that women who consumed at least one serving of whole grains per day had a significantly lower mean BMI and waist circumference than women with no whole grain consumption. Among other benefits, that’s great news with swimsuit season just around the corner!

Tired of pasta? Let barley be your new go-to grain, since its chewy, mild flavor makes it a great substitute. To get started, simply cook barley in water (1 part grain to 2 parts water) until tender, then toss with your favorite pasta salad ingredients: beans, veggies, feta, olive oil… whatever you crave. In cooler weather, add a handful of barley to soup, chili, or stew to add filling texture. What’s best about barley? It’s a great way to bump up your fiber: a ½ cup serving of barley has 16 grams of fiber, while the same size serving of pasta contains only about 2.

Though millet isn’t a grain that you’ll commonly find on restaurant menus, there’s good reason to feature it regularly in your kitchen — a powerful punch of protein is hidden behind its sweet, nutty flavor. Millet may be small, but it’s mighty: it contains almost twice the amount of protein found in white rice. Use millet in the same way as you would rice. To prepare, just cook one part grain to two and a half parts chicken stock until tender. Toss in mushrooms and onions for a great pilaf or make a substantial hot breakfast by simmering in a mixture of half juice and half water, and mixing in nuts, milk and dried fruit.

If you live a fast-paced life, bulgur is the whole grain for you. Since bulgur is sold pre-cooked and dried, it won’t take you much longer to cook than a box of pasta. Even better, there’s no pot to watch — just pour boiling water over bulgur and let it sit covered for 20 minutes. Bulgur is the base of a classic favorite, tabouleh, which can be transformed into a quick one-handed lunch when loaded into a whole grain pita along with a smear of hummus. Try adding bulgur to sautéed fresh garden veggies like peas, onions, and zucchini with a little olive oil and garlic for a filling “bulgur primavera.”

Since quinoa is actually a complete protein (it contains all 9 essential amino acids) it’s perfect for vegetarians and those looking to add more satiety — but no meat — to their plate. To prepare, just add one part quinoa to two parts water and use it as you would rice or pasta. Create a make-ahead meal that freezes well by mixing quinoa with corn, low fat cheese, Italian spices, and marinara sauce, then stuff into green bell peppers and bake. For a super-powered breakfast, mix cooked quinoa with milk and top with bananas, walnuts, and dried cranberries.

Think outside of the pasta box and bread basket: try delicious whole grains like barley, millet, bulgur, and quinoa instead.