You may not have heard of astaxanthin before, but ever since it started being touted as the next miracle supplement on the Oprah Winfrey and Dr. Oz shows, the reputation of astaxanthin and demand for it have soared dramatically. So what is astaxanthin, what does it do in our bodies, and do the claims live up to scientific proof? 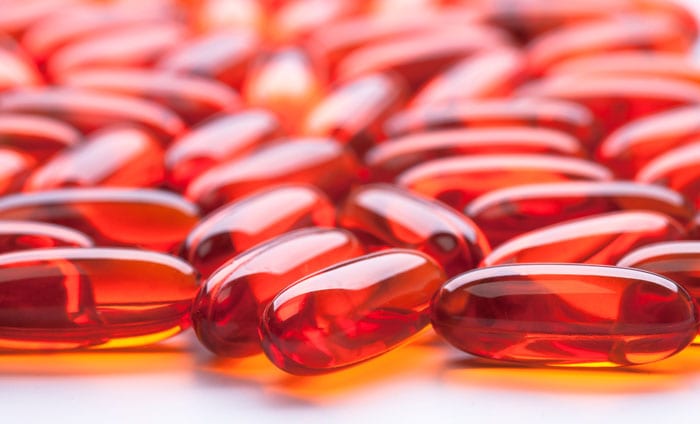 Astaxanthin is a fat-soluble carotenoid pigment that gives salmon and other seafood its pinkish orange color. Natural astaxanthin is found in microalgae, krill, and seafood such as salmon, trout, shrimp, and crustaceans. Astaxanthin is also responsible for the beautiful pink color of flamingos’ feathers. Like other carotenoids (e.g., beta-carotene), astaxanthin is a potent antioxidant.

Natural astaxanthin has been granted GRAS (Generally Recognized As Safe) status by the FDA for use as an additive and as a supplement. The primary natural source of astaxanthin is from the microalgae Haematoccus pluviallis.

Astaxanthin supplements have been promoted as the be-all and end-all solution for a range of health issues, including enhancing athletic performance, improving joint health and skin conditions, preventing heart diseases, and enhancing fertility.

However, only a handful of studies have examined the efficacy of astaxanthin supplementation in humans. So far, it appears that astaxanthin is safe and may offer some protection against oxidative stress and inflammation, and it has shown positive outcomes in relation to heart health, as concluded by a group of Australian researchers from the University of Queensland in a review published in 2009. In a trial published in the April 2010 issue of the journal Atherosclerosis, Japanese researchers were the first to show that the supplementation of astaxanthin at doses of 12 and 18 mg/day significantly reduces triglycerides and increases HDL-cholesterol (the “good” cholesterol) in participants. As astaxanthin continues to gain public interest, we can expect to see more human clinical trials being conducted.

Astaxanthin is a carotenoid pigment that also serves as a potent antioxidant. It is safe for human consumption and has shown promising preliminary results in research so far. Keep astaxanthin on your radar screen, but there is no hurry to start popping astaxanthin, as we really don’t know what the long-term health implications are yet.