Tea is the most commonly consumed beverage in the world, second after water. Among all varieties of tea – black, green, white, oolong, red, herbal – which one offers the most health benefits? Should you avoiding putting milk in your tea? Does decaf tea provides the same health benefits? 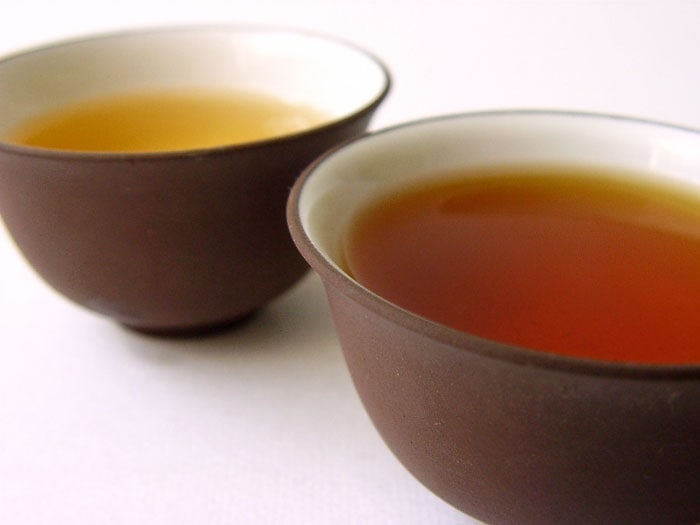 Numerous studies have demonstrated the anti-cancer properties of antioxidant polyphenols. Some studies have suggested that tea’s polyphenols may reduce the risk of gastric, esophageal and skin cancers, if one consumes 4 to 6 cups daily. Another study showed that just 2 cups of tea may lower the risk of ovarian cancer by 46 percent in women. Other studies have found that polyphenols help prevent blood clotting and lower cholesterol levels. One Japanese study found that green tea lowers death rates from heart disease!

Drinking green tea may also help ward off your cold and flu this winter! Dr Susan Percival, researcher of a 2007 study found that drinking 6 cups of tea may improve immune response as more virus-fighting interferon was secreted. She also commented that as green tea has the highest levels of catechins, it is a better immune modulator.

Black, green, white, and oolong teas derive their leaves from a warm-weather evergreen tree known as Camellia sinensis. The leaves from this tree contain polyphenols. The more processing tea leaves undergo, the darker they will turn. Green tea and white tea are the least processed tea. They are simply steamed quickly. According to Dr. Doug Balentine, Director of Nutrition Health with Lipton, white tea is derived from the young new leaves from the Camellia plant in early spring. These young leaves contain no chlorophyll, so they are silvery white. Black and oolong teas are partially dried, crushed and fermented. As we have mentioned before, regardless of the processing method, black, green, white and oolong teas all contain polyphenols. In fact, tea ranks as high as or higher than many fruits and vegetables in the ORAC score, a score that measures antioxidant potential of plant-based foods.

And if you like green tea, you may want to try Japanese matcha. Matcha powder is actually produced by grounding green tea leaves from Camellia sinesis plant that are steamed and dried. Researchers from Colorado University found that the concentration of epigallocatechin gallate (EGCG) – an antioxidant unique in green tea – is 137 times greater in matcha than in Chinese green tea.  This is probably because the whole leaf is consumed with matcha, rather than just an infusion brewed from regular green tea leaves.

What about Herbal Tea and Red Rooibos Tea?

Herbal tea is not derived from the leaves of the Camellia plant and so does not have the particular health-promoting properties. Indeed, most herbal teas in the market technically are not tea. They are only infusions made with herbs, flowers, roots, spices or other parts of some plants. The proper term for this type of beverage is “tisane.”

Although tisane (and Rooibos tea) has not proven their health benefits on heart health and cancer prevention, it is still a plant-based drink and is better than soda! Most plants contain some levels of antioxidants, as it is their natural mechanism to protect themselves against extended sun exposure.

Should I Avoid Putting Milk In My Tea?

Yes, indeed. And it’s not because of calories. A small  2007 European study found that the addition of milk  into black tea completely blunted its heart health beneficial effects! So, try drinking tea plain!

Should I Worry About the Caffeine Content in Tea? Should I Drink Decaf Tea?

A cup of tea contains about 30 to 60 mg of caffeine.  This amount is low compared to about 120 mg of caffeine present in a cup of home-brewed coffee. A few studies found that decaf tea contains less flavonol than regular tea. The lower ORAC values from decaf tea also support the findings of less flavonol content. A 2003 UCLA study found that the ORAC values of decaf tea ranged from 507 to 845 trolox equivalents per gram.  Regular tea, on the other hand, was measured to have ORAC values of 728 to 1686. We suspect that the process of removing caffeine may have removed some beneficial flavonol antioxidants. Based of the above findings, we recommend sticking to regular tea!

What about Iced Tea?

Tea is a healthy beverage offering many health benefits (if you skip the cream and sugar). Brew your tea for at least 3 – 5 minutes to bring out the beneficial polyphenols. Enjoy the aroma of tea!

Tell Us: Which tea is your favorite?