Coffee or Tea? Which One is Better for Chronic Disease?

Considering a stop by the corner cafe for a steaming cup of coffee or a spot of tea? Well, now you have a few valid reasons to go ahead and place an order. 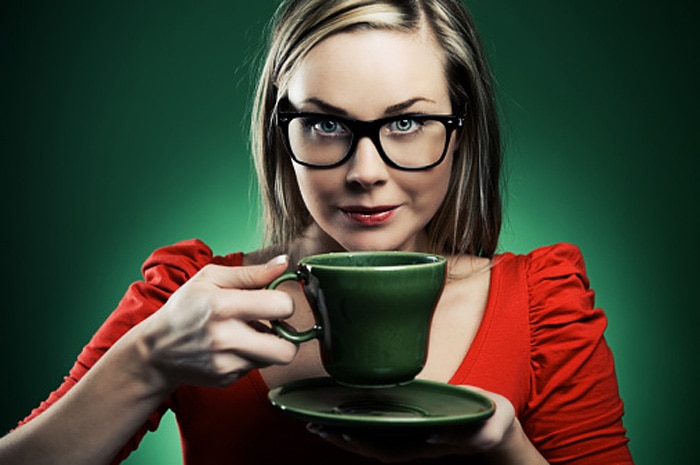 Do You Heart Coffee and Tea?

June 2010 Dutch research published online in the American Heart Association’s Arteriosclerosis, Thrombosis, and Vascular Biology found that study participants who consumed two to four cups of coffee had a 20 percent lower risk of heart disease than those who drank less than two or more than four cups. For tea, there were even more dramatic numbers: Study participants drinking three to six cups of tea had a 45 percent lower risk of dying from heart disease. Those who drank more than six cups of tea were 36 percent less likely to develop heart disease at all.

Not Just For the Heart

If diabetes is your main concern, coffee and tea may be brewing up positive news, too. Researchers from the Harvard School of Public Health examined nine separate studies and found a strong correlation between coffee consumption and a substantially lower risk for developing type 2 diabetes. What’s more, a 2006 study discovered that participants who drank at least six cups of green tea or at least three cups of coffee each day were about one-third less likely to develop type 2 diabetes.

“Pouring” Over the Fine Print

Of course, there’s always a catch – especially if you have pre-existing conditions like diabetes or high blood pressure. Regular consumption of caffeine, like what’s found in coffee, can increase blood sugar and make it more difficult to control in people with diabetes. In 2007, a small study at Duke University found that participants who had the caffeine equivalent of four cups of coffee experienced an 8% rise in blood sugar. Even worse, caffeine exaggerated the spike in blood sugar after meals. Tea, which has significantly less caffeine than coffee, is a better choice for people with diabetes. Plus, research suggests that the catechins, which are polyphenol antioxidants found in tea – especially green tea – may be a way for people with type 2 diabetes to maintain low hemoglobin A1c levels.

Caution With Your Cuppa

If coffee is your beverage of choice, keep in mind that you may be getting more buzz than you bargain for. Generally speaking, coffee can have 2-3 times the amount of caffeine as tea, and specialty shop coffee can have even more caffeine than regular home brews. It may surprise you to discover that just one large specialty coffee can have about as much caffeine as three cups of the generic low-octane java you can brew up at home.

If you are a devotee of coffee, go ahead and enjoy without guilt – but venture to try tea for a drink with benefits and less caffeine. Any way you pour it, four cups of coffee or six-plus cups of tea, the maximum levels mentioned in the studies, is a lot for anyone. Without scientific consensus among studies for how much coffee and tea is safe, it’s best to enjoy coffee and tea in moderation.

What Does a Serving Look Like? Serving Size 101: Visual Reference Guide