I was in Hong Kong for my Chinese book launch last month. Some days I was working from dusk until midnight, but some days I was quite free to roam in the city. On a scorching hot day, I visited Zen Organics, an organic farm, where the owner served me a cup of hibiscus tea. After drinking a sip, I told myself I had to write about this tea upon my return home. 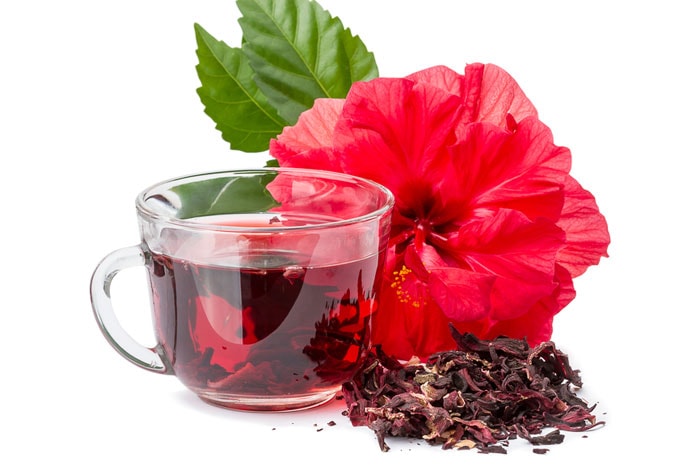 For decades, research efforts focused on studying the health benefits of black and green tea. Herbal tea, which should technically be called tisane, was not well studied. Fortunately, more interest groups and scientists are starting to investigate this brightly colored tropical flower and, fortunately, some health benefits have been unearthed.

Its health benefit likely originates from an antioxidant from its bright red flowers. Anthocyanins, potent antioxidants, are often found in bright red foods like strawberries and watermelon. Just another reason to love your reds!

Other studies also investigated hibiscus tea’s potential cholesterol-lowering effects on total cholesterol, HDL cholesterol, LDL cholesterol, and triglycerides; the results have been quite inconsistent. Overall, one review study reported that hibiscus tea did not produce any significant effect on any of the outcomes examined, when compared with placebo, black tea, or diet.

How to Make Hibiscus Tea

If you find dried hibiscus flowers at a natural food store, you can use 1 tsp of dried flowers to every cup of boiling water.

I also came across a video on YouTube on making the tea with fresh flowers. Enjoy!