If you want to introduce some new foods to the family table but are not sure where to start, we’ve gone ahead and done the work for you. We have come up with five unusual food items that are increasingly easy to find in the grocery store. So read on to learn about the health benefits of each item and find quick and easy ways to try them out in your kitchen. 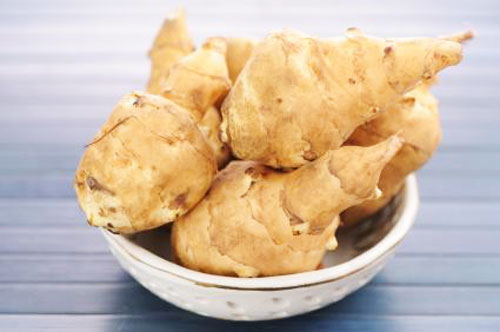 Five Ethnic Ingredients and Their Uses

Although it is much less common that cow’s milk in the US, goat’s milk is the dominant type of milk consumed in other parts of the world. The fat globules in goat’s milk are smaller than those in cow’s milk and do not separate by floating to the surface, so there is no need for homogenization. Individuals who cannot tolerate cow’s milk have sometimes been able to consume goat’s milk with no problems; the reasons for this are still being investigated in scientific studies. Good quality goat’s milk should have a slightly sweet and sometimes salty taste, not the muskiness many of us associate with goat cheese. Goat’s milk is a very good source of calcium as well as a number of other nutrients, including riboflavin, phosphorus, and potassium.

Greek yogurt, in a nutshell, is yogurt that has been strained to remove the liquid (whey), and has no other additives (stabilizers or preservatives) added. The resulting product is thicker and has a creamier mouthfeel than regular North-American yogurt. In Greece and other parts of the world where it is common, the milk used for making yogurt tends to have a higher milkfat content than what is available to us domestically. Our highest milkfat level (what you’d find in whole milk) is 3.25%, while Greek yogurt has 5% or even 9% milkfat. There are smaller dairy farms that sell yogurt with higher milkfat content but availability varies by region. Like regular yogurt, Greek yogurt supplies beneficial bugs to the digestive system.

Dal is a South Asian term referring to various dried pulses or legumes (beans, peas or lentils). It also refers to the final dish made from these legumes. Various versions of dal dishes exist in South Asian cultures such as Indian, Pakistani, or Bangladeshi. Examples include thick stews, soups, and paste served with rice, vegetables, or flat breads such as roti. As is to be expected of legumes, dal is a great vegetarian source of protein and fiber. Common preparation of dal often involves boiling the dal with spices. If you want to give this a try, start your experiment with familiar spices such as a combination of onion and garlic or garlic and ginger, as well as turmeric, cumin, or coriander.

Tempeh is made from soybeans but undergoes a completely different preparation process from tofu. The soybeans are mixed with a specific type of mold and left to ferment in a controlled environment. As a result, tempeh has a much firmer texture and stronger taste than tofu. Per serving, it contains more protein, carbohydrate, riboflavin, niacin, and manganese than tofu. In Indonesia, where it is truly a staple and a popular meatless protein source, tempeh is sold in rectangular “bricks” layered with banana leaves. Traditional preparation of tempeh often involves marinating it with spices like minced garlic, tamarind, and turmeric, to get rid of the “fermented” aftertaste. In the US, you can usually find tempeh sold as blocks wrapped in plastic in the freezer section of the grocery store. Tempeh would be great marinated and grilled as a completely vegetarian burger patty.

Despite the name, this plant does not come from Jerusalem and is not related to artichoke. It is actually a species of sunflower that is prized for its root (tuber). The main carbohydrate in sunchoke is inulin, a prebiotic that is broken down by bacteria in the gut to form short-chain fatty acids that have been shown to fight certain cancers. Because of the high inulin content, sunchoke also has a low glycemic index (GI) and is therefore favored by those seeking an alternative to higher-GI tubers like potatoes. Sunchoke can be eaten raw or cooked. When raw, it has a taste similar to jicama or water chestnuts, which makes it a great addition in salads. When cooked, it has a texture similar to potato with a hint of nuttiness and sweetness. Like many root vegetables, it is a good source of potassium, fiber, and some of the B vitamins.