What has most interested scientists in recent years is the discovery of phytochemicals and the profound benefits of soy on human health. Benefits of soy include promoting heart health and healthy bones, preventing cancer and alleviating menopausal symptoms. 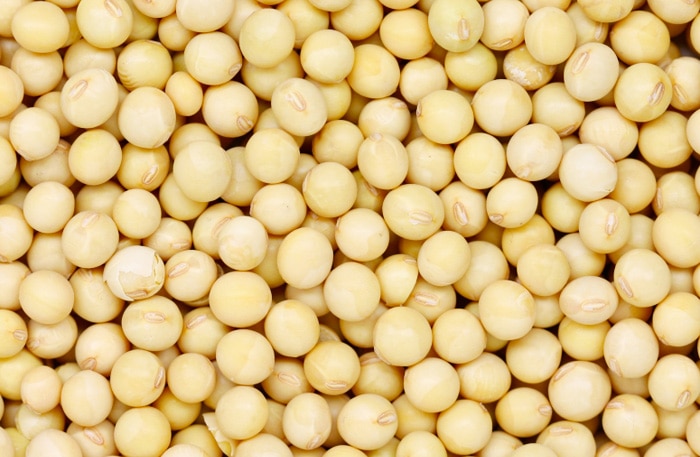 The cholesterol lowering effect of soy milk and its role of heart disease was widely recognized in the mid 90s when the results of a meta-analysis of 38 clinical studies were published. The results demonstrated that a diet with significant soy protein reduces Total Cholesterol, LDL cholesterol (the “Bad” cholesterol) and Triglycerides.

The average consumption in these studies was 47 grams per day of soy protein, which is a considerable amount. One way to include this is to try a soy protein beverage or powder that may add 20 grams preserving. Soy protein was effective even in people who were already following the American Heart Association’s 30 percent-fat diet. Soy protein appears to lower triglyceride levels while preserving HDL cholesterol.

Researchers Erdman & Potter in 1993 reported in the American Journal of Clinical Nutrition a 12 percent drop in cholesterol when 20 to 25 grams of soy protein and fiber were included in the diet. Soy beans contain soluble fiber, which is known to interfere with the absorption and metabolism of cholesterol.

As a result of these findings, in 1999, FDA authorized a health claim about the relationship between soy protein and Coronary Heart Disease (CHD) on labelling of foods containing soy protein.

A heart health claim can be found on qualified soy products.

Health Claim: Diets low in saturated fat and cholesterol that include 25 grams of soy protein a day may reduce the risk of heart disease. One serving of [name of produce] provides [amount]g of soy protein.

A few recent studies released in 2005 found that soy only had a modest effect on cholesterol levels. The American Heart Association no longer recommends soy for heart disease. FDA is currently reviewing its policy on soy health claim. So what should you do? Enjoy your soy foods like before. It may not lower cholesterol to an extent we originally thought, but it certainly does not harm our health!

Many soy foods are naturally high in calcium (some fortified with calcium because it is a good source of a particular coagulating agent). In addition, soy also contains magnesium and boron, which are important co-factors of calcium for bone health.

Isoflavones in soy foods may inhibit the breakdown of bones. Daidzein, a type of isoflavone, is actually very similar to the drug ipriflavone, which is used throughout Europe and Asia to treat osteoporosis. One compelling study completed by Erdman in 1993 focused on post-menopausal women who consumed 40 grams of isolated soy protein daily for 6 months. Researchers found that these subjects significantly increased bone mineral density as compared to the controls.

Another study published in the Archives of Internal Medicine in September 2005 also found that intake of soy food was associated with a significantly lower risk of fracture, particularly among early post-menopausal women.

In Japan, where soy foods are commonly consumed daily, women are only one-third as likely to report menopausal symptoms as in the United States or Canada. In fact, there is no word in the Japanese language for “hot flashes”.

Current studies showed that soy only helps some women alleviate menopausal symptoms. Indeed, soy is more effective in preventing than alleviating hot flashes. Despite these findings, the North American Menopause Society in 2000 recommended that 40 – 80mg of isoflavones daily may help relieve menopausal symptoms.

Among all cancers, data on soy and prostate cancer seems to be the most promising; many studies support its role in the prevention and possible treatment of prostate cancer.

While some studies showed soy offers a protective effect against breast cancer, a few studies showed the estrogen-like effects in isoflavones may be harmful for women with breast cancer. American Institute for Cancer Research stresses that data on soy and breast cancer are not conclusive, and more work is needed to be done before any dietary recommendations can be made.

What we know at this point is the phytoestrogens in soy foods are “anti-estrogens”. In other words, they may block estrogen from reaching the receptors – therefore potentially protecting women from developing breast cancer. Studies found that pre-menopausal women may benefit from eating soy foods as their natural estrogen levels are high.

Although it is still inconclusive that soy can prevent any diseases, many studies have shown promising results. Include soy products such as edamame, tofu, tempeh, soy milk etc in your diet and enjoy the possible health benefits they may bring.