Foods to Avoid During Your Baby’s First Year of Life 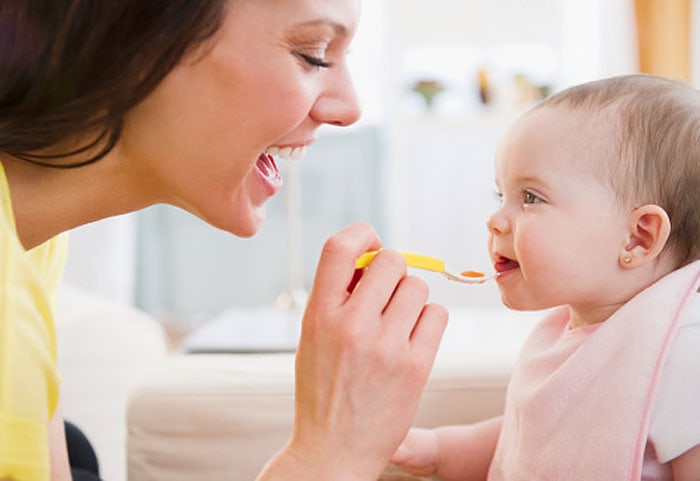 Certain foods must be avoided entirely during a baby’s first year of life because of their potential to cause food-borne illness, digestive upset, and mercury exposure. It’s also important to avoid foods that pose choking hazards for babies.

Foods That Should Not Be Served To Your Baby

In the past, experts recommended delaying and/or avoiding certain highly allergenic foods (e.g., peanuts, milk, egg whites, wheat, and shellfish) for babies with a family history of allergies. However, in 2008, the American Academy of Pediatrics issued new guidelines changing some of these longstanding recommendations based on a recent review of existing research on the subject. They concluded that there is no solid evidence that waiting to introduce allergenic foods protects children from developing an allergy.

Infants and toddlers should not be served sugary or salty foods, nor have sugar or salt added to their foods. Consuming large amounts of sugar or salt is not healthy for youngsters and causes them to develop a taste preference for sweet and salty foods.