Chinese food is one of the most popular dining options in North America – many people will admit to having at least one Chinese take out menu stashed in a kitchen drawer. However, as is the case with most ethnic cuisine, America’s version of Chinese food tends to differ from traditional preparations in ways that make it challenging to incorporate into a healthy diet. People with diabetes need to be especially careful, because certain entrees are high not only high in carbs, but also in fat and sodium. 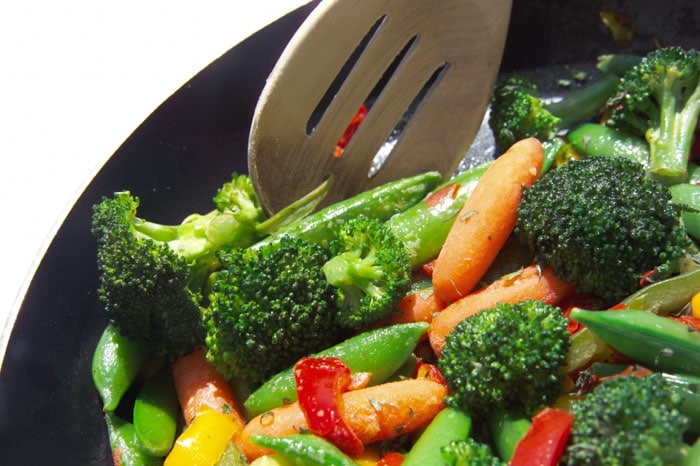 More than Just Oodles of Noodles

The great thing about Chinese food is the tremendous variety that it offers. You can eat healthy foods if you look closely at the menu and know what to pick. Steamed rice, veggie dishes, and soups are just a few examples of lighter options for people with diabetes who are trying to watch their calories and carbs. Even certain beef entrees can be part of your meal plan. For example, a 3 oz serving of broccoli with beef and 1/2 a cup of steamed rice from Panda Express has about 300 calories and 20 grams of carbs, an acceptable amount for most diabetes meal plans. Veggies are a staple in Chinese dishes and are much lower in carbs than starchy sides like fried noodles. Be creative and try bok choy, sprouts, shitake mushrooms, or eggplant as side dishes with 3-4 ounces of meat or tofu.

If you really want to order a favorite dish, be smart: focus on the flavor and keep your portions small. Many of the most popular entrees, like sweet & sour pork and lemon chicken, are deep-fried and therefore have higher fat and calories. Other favorites, like fried rice and chow mein, are often high in carbs and fat. One way to eat healthy is to ask for the sauce on the side and enjoy a lighter version of your favorite dish. For example, a 3 oz serving of orange chicken with fried rice has roughly 500 calories and 40 grams of carbs! Just by asking for the sauce on the side you can eliminate up to 100 calories and 10-15 grams of carbs. Another tip is to cut your main entree in half and pair it with a sensible side. Also, remember that lower sodium versions of soy sauce are available at most Chinese restaurants and some restaurants will even prepare meals without any soy sauce added to your entree.

What to Watch Out For:

In general, look for lean, grilled meats with flavorful vegetable sides as the bulk of the meal. Savor the flavor of Chinese cuisine, but make choices that will cut down the sodium, carbs, and fat. Use the guide below for suggestions on how to keep your diabetes in check without having to toss out your Chinese take out menus.

Sejal is a registered dietitian, a certified diabetes educator and she holds a masters degree in nutrition and health. Sejal was the project coordinator for the Veteran’s Administrations (VA) national weight loss program and previously worked for the VA hospital in Tampa, FL as a Spinal Cord Injury dietitian.

Sejal has had numerous clinical and community education experiences, including pediatric and intensive care nutrition support. She has also had the opportunity to teach nutrition courses at the community college level to students interested in pursuing health professions. One of her favorite areas of education is diabetes management.