When we eat carbohydrates (including starch and sugars), they are digested and converted into glucose, a simple sugar, by our bodies. Glucose is then absorbed and therefore enters into the blood stream providing energy for our daily activities. Glycemic Index is a standardized system of ranking foods based on their effect on blood glucose levels over 2 – 3 hours compared to a reference food. Foods that are digested and absorbed faster will have a higher glycemic index. This GI food-ranking approach, which originated in Canada, is popular in Australia and gaining ground in Europe and the United States. 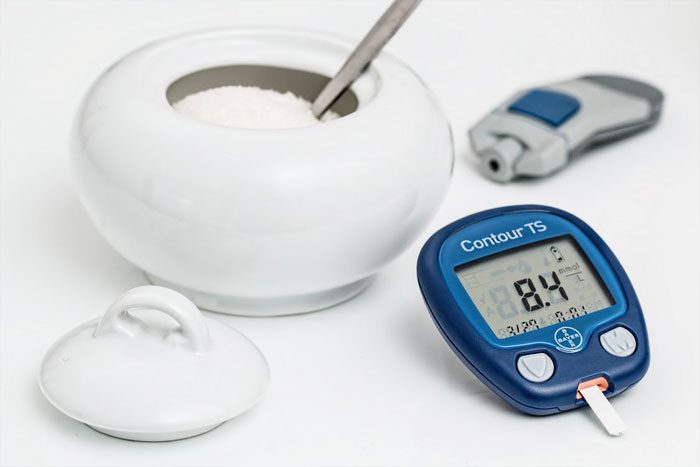 To find out the GI value of a specific food, go to this Glycemic Index database by University of Sydney.

Fat, Protein: Fat and protein slow down foods from leaving the stomach, therefore foods containing fat and protein such as beans and milk have lower glycemic index values.

The glycemic index was developed for helping people with diabetes choose foods that would not cause big swings in blood glucose levels. The glycemic index is very popular in books on weight loss even though there is little evidence that foods with a low glycemic index cause weight loss. Most of the low glycemic diets promoted by these books are indeed low in calories. Somehow, if one eats 500 less calories than s/he needs, 1 lb/week of weight loss can be achieved – regardless of a high carb or low carb diet. An easy way to lose 500 calories a day without restricting food is to engage in physical activities.

Glycemic Index Key Message: Short term drastic weight loss is often not lasting. The traditional weight loss method emphasizing a well-balanced diet with a variety of foods including whole grains, fruits & vegetables, dairy and meat/fish, low in total and saturated fats and trans fats in addition to being physically active can result in long lasting weight loss and improved health. This doesn’t sound too exciting but it works!

Scientific Study Update: a scientific article published in the American Journal of Clinical Nutrition Aug 2004 confirmed that despite the ineffectiveness of a low glycemic index diet on weight loss, it can reduce LDL cholesterol (the Bad cholesterol) by 10%.