Lycopene, a powerful antioxidant, is found abundant in tomatoes and tomato products. Studies found that lycopene may help reduce some cancer and heart disease. The most compelling evidence so far is the role of lycopene in prostate cancer prevention. 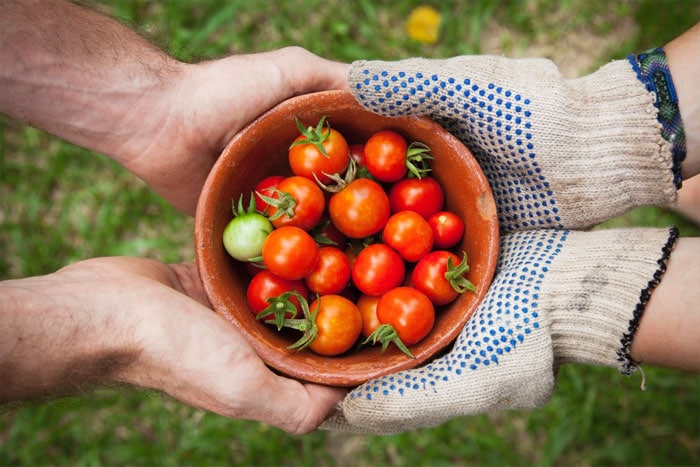 Lycopene in Tomatoes and Prostate Cancer

In a study of over 40,000 health professionals, Harvard investigators found that men who ate more than 10 servings tomato-based foods daily (like cooked tomatoes and tomato sauce,) had a 35 percent lower risk of developing prostate cancer than those who ate the least amount of these foods. The benefits of lycopene was more pronounced with advanced stages of prostate cancer.

Study showed warm watermelons provide more lycopene. Researchers from the U.S. Department of Agriculture (USDA) studied the effect of storage temperature on the carotenoid levels of three different kinds of watermelon. The researchers stored the watermelons at five, 13 and 21 degree celsius for 14 days. Researchers found that watermelons stored at 21 celsius (room temperature) gained 11 to 40 percent in lycopene and 50 to 139 percent in beta-carotene compared to watermelons stored at five and 13 degrees. The results of this study were published online on the Journal of Agricultural and Food Chemistry web site in July 2006.

Editor’s Note – Lycopene is easily affected by temperature and processing

Lycopene, a powerful antioxidant, is found in abundance in tomatoes and other red-colored fruits. Studies found that lycopene may help reduce the risk of heart disease and some forms of cancer. The most compelling evidence so far is the role of lycopene in prostate cancer prevention.

Heat and processing destroy some nutrients, but heat and processing increase lycopene content. For instance, one hundred grams of cooked tomato paste provide 42 milligrams of lycopene, whereas the same amount of raw tomato only provides three milligrams of lycopene. Hence, to maximize the health benefits of eating lycopene-containing fruit, it is better to leave your watermelon out at room temperature and cook your tomatoes!