Eating breakfast is important; only if you get the right one. An alarming report was published Wednesday by the Environmental Working Group (EWG) showing that many popular breakfast cereals like Cheerios and oatmeal from the popular brand Quaker contain herbicide glyphosate. Glyphosate is a known human cancer causing agent as listed by the American Cancer Society and the active ingredient in weed killers such as Roundup. Interestingly, just last week, Monsanto was ordered by a court to pay $289 million to a terminal cancer patient whose sickness was caused by exposure to Roundup. 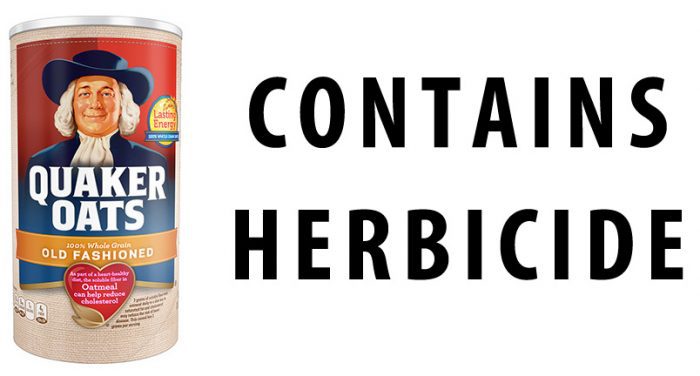 According to the EWG lab tests, glyphosate was found in 43 of the 45 sample products tested. And 3/4 of these samples had glyphosate levels higher than what EWG scientists consider safe. Even 5 of the 16 certified organic samples contained this weed killing ingredient. Despite that, all organic samples tested contained glyphosate at a level below the EWG’s recommended safe levels; in other words, even though there are trace amounts found, it is at a level that is safe to consume. Below are the 45 breakfast products tested by the EWG:

Products With “Safe” Levels of Glyphosates

Products With No Glyphosate Detected

To me, the important take away from this report is that organic products, in general, contain no glyphosate, or lower levels of glyphosate. From observing online conversation, I noticed that people are shocked to find out even organic products may contain herbicide. The reality is, some organic products still tested positive simply because glyphosate is so widely used in farming, sadly. Cross contamination from nearby farms, or at the processing facility is likely the culprit. In light of the recent development, Quaker responded that they did not add glyphosate in the products, and that the levels are “significantly below any regulatory limits and well within compliance of the safety standards set by the Environmental Protection Agency EPA and the European Food Safety Authority EFSA”.

Whether it’s added or cross-contaminated, we have a choice. Choose from the above safe list if possible. As I’m spending a day writing this article, I’m sharing a picture of my usual overnight chia-oats bowl, topped with peanut butter, chia seeds and seasonal fruits.