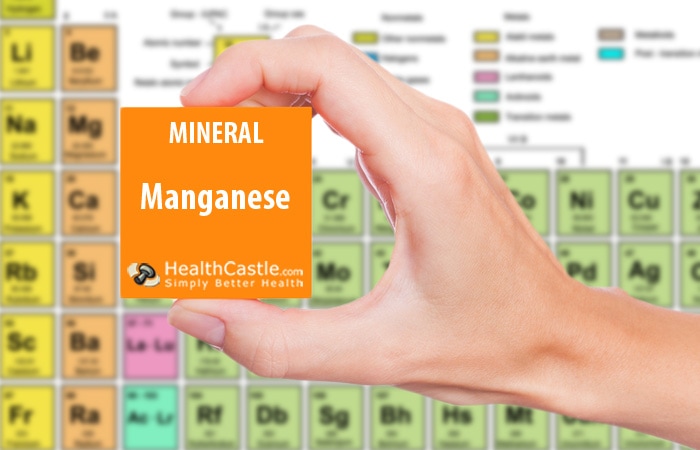 Manganese is a trace mineral present in tiny amounts in the body. It is found mostly in bones, the liver, the kidneys, and the pancreas.

The Dietary Reference Intakes (DRI) for manganese are shown below:

What Does ​Manganese Do?

Manganese plays an important role as a coenzyme. It activates the enzymes that are important in bone formation. It also assists in the synthesis of fatty acids and cholesterol, and facilitates protein and carbohydrate metabolism. Manganese also activates the enzymes responsible for utilization of several key nutrients, including thiamin, biotin, ascorbic acid, and choline. It works as part of an antioxidant enzyme by protecting our bodies against free radicals and is involved in the formation of urea, the primary component of urine. Manganese also assists in the metabolism of blood sugar.

Both manganese deficiency and manganese toxicity are rare. Deficiency can lead to impaired growth and reproductive function, reduced bone density and impaired skeletal growth, impaired glucose and lipid metabolism, and skin rash. Toxicity results in impairment of the neuromuscular system, including muscle spasms and tremors.