For most people, they first heard of psyllium from a 2004 Kellogg’s breakfast cereal starred by William Shatner. A recent Metamucil TV commercial re-sparked an interest in the role of psyllium in cholesterol-lowering. So, what exactly is psyllium husk? Can it help lower cholesterol or prevent constipation? 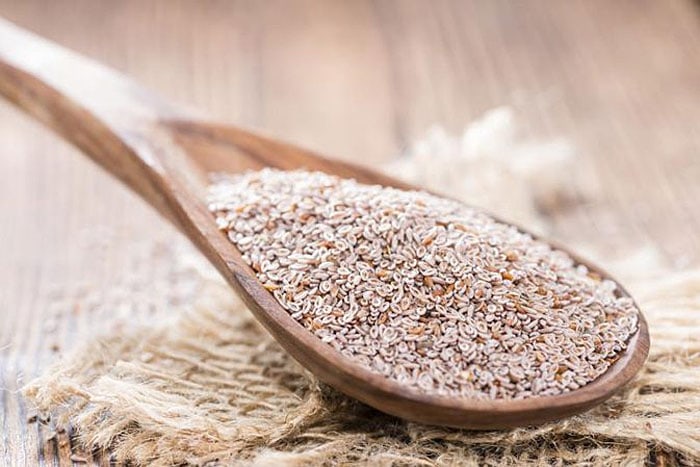 What is Psyllium Husk?

Psyllium husk comes from the crushed seeds of the Plantago ovata plant, an herb native to parts of Asia, the Mediterranean and North Africa. The psyllium seed husks have been used in herbal remedies. Similar to oats and wheat, psyllium is rich in soluble fiber. Traditionally, psyllium husk is used as a gentle bulk-forming laxative for constipation.

Indeed, psyllium has long been recognized for its potential role in reducing blood cholesterol. As early as in 1998, the FDA already approved a health claim on psyllium:

Studies have shown that psyllium husk is effective in lowering total cholesterol and low density lipoprotein or LDL (the bad cholesterol) levels.

Other Benefits of Psyllium Husk

Psyllium husk is very rich in soluble fiber. Therefore, we only need to eat a small serving to contribute the soluble fiber to help achieve the cholesterol-lowering effect. Standard preparations of psyllium are available in dry seed or husk form, to be mixed with water as needed. You will also find them in capsules, or powder form. Many food products, such as breakfast cereals and baked goods, also contain psyllium. Read the label properly to ensure that you are eating an appropriate amount of psyllium in order to achieve the cholesterol-lowering effect.

A Guide to Finding a Healthy Fruit Snack

1 thought on “Psyllium Husk for High Cholesterol and Heart Disease”