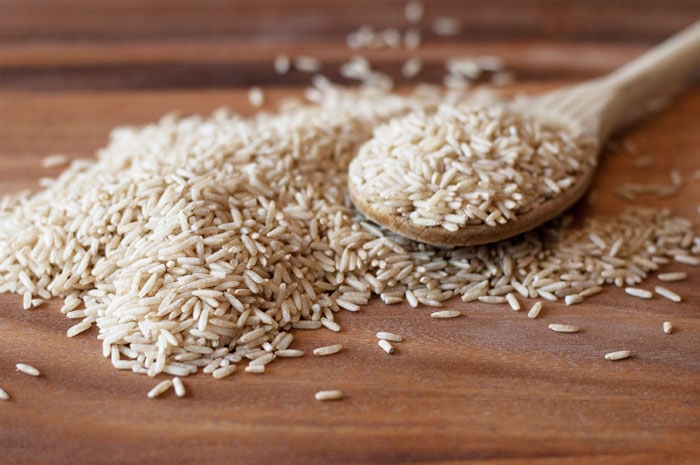 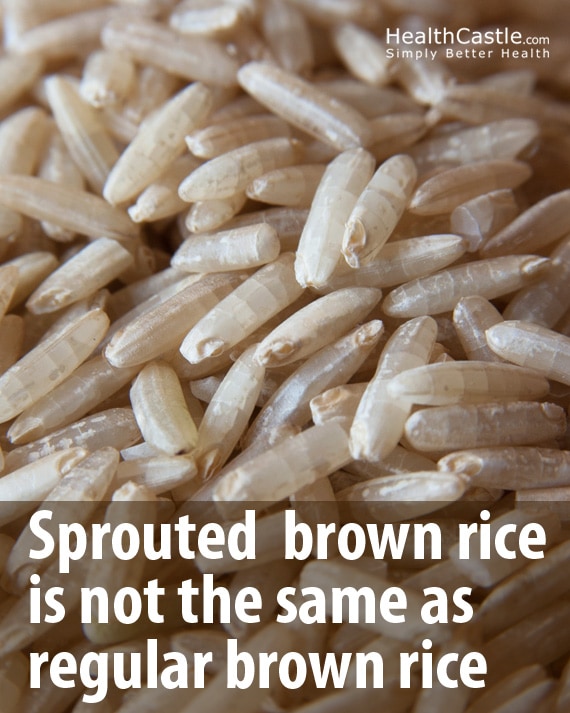 The process of germination changes the nutritional composition of the rice. While the macronutrient (carbohydrate, protein, and fat) contents and calories of brown rice and sprouted brown rice are similar, sprouted brown rice contains higher levels of gamma-aminobutyric acid (GABA), magnesium, potassium, and zinc, as well as the phytonutrients ferulic acid and gamma oryzanol. This is why sprouted or germinated brown rice is sometimes  referred to as “GABA rice.” Note that this doesn’t mean regular brown rice lacks these nutrients; the sprouting process simply makes these nutrients more available.

GABA exists in the body as a neurotransmitter in the central nervous system and has an inhibitory or calming effect. Magnesium plays a role in many metabolic functions, and its role is being studied in the prevention and treatment of diabetes and other cardiovascular diseases. Potassium has a blood pressure-lowering effect, and zinc is needed for proper immune function and wound healing. Emerging research on germinated or sprouted brown rice suggests regular consumption of it has beneficial effects on blood cholesterol and diabetes, and it is also being studied in the prevention of some allergies. Phytonutrients in brown rice, as in many other plant-based foods, have been shown to have antioxidant properties.

How to Get More Sprouted Brown Rice In Your Diet

Can Fried Foods Increase the Risk of Prostate Cancer?