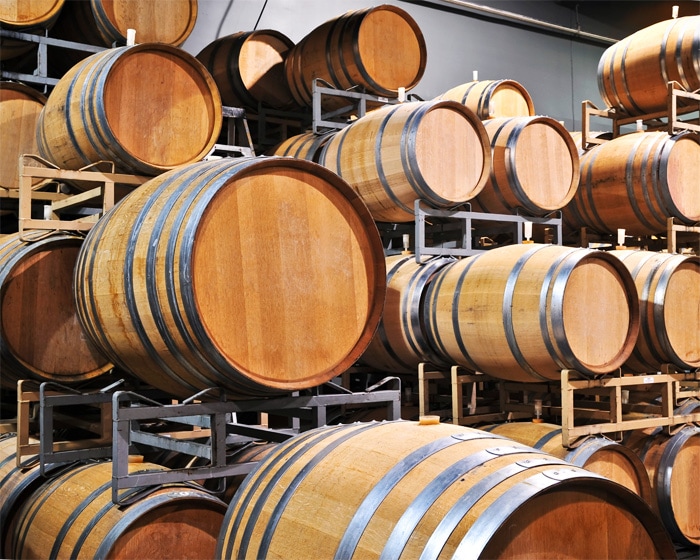 You might never have considered the possibility that beer and wine contain animal products. After all, they’re both beverages made from plants: wine from grapes and beer from grains, right? Right. But the fact is, while animal products are generally not used as ingredients of the final product, many wines and a few beers do use animal products during processing, which means that vegans and strict vegetarians might want to avoid them.

How Are Animal Products Used to Make Wine and Beer?

Animal products are used in the stage of wine and beer making called “fining.” Only a few beers require this process, but most wines do. It is the stage of production at which the end product is clarified and filtered. Animal products may be used as a sort of “glue” to catch the impurities and pull them down to the bottom of the barrel, where they can be removed.

In wine making, this process involves removing impurities like grape skins and other grape plant remnants, as well as the yeast that is used to ferment the grapes and turn them into wine.

Most beers do not require the fining process, as they are filtered in other ways. However, “cask ale” generally does require fining to remove excess yeast that remains suspended in the brew. Some beers also have animal products added to help create the foamy “head” when the beer is poured.

It is important to remember, though, that there are alternatives to the animal products traditionally used. Very fine clay can be used instead, as can certain kinds of moss. These are the products used in the fining of vegan wine and beer.

What Animal Products are Used?

The most common animal products used in the fining process are gelatin and a finer form of gelatin made from fish called isinglass, egg whites, and a protein from milk called caseins. Wines and beers that use the egg and milk options are considered vegetarian, but no wine or beer that uses any of these products is vegan. All of these animal products are essentially removed from the finished product along with the impurities they pull out, but traces of the animal products may remain in the bottle and be consumed along with the wine or beer.

How Can I Identify Vegan Wine and Beer?

Unfortunately, there is no easy way to identify vegan wine or beer, as manufacturers are not required to list the ingredients on their products. In fact, some wine-producing areas actually prohibit ingredient lists! Regardless, since the animal products are meant to be removed, they are often not considered “ingredients” at all, so they might not be included on the ingredient list even if one were available.

So what’s the best way to find out if the wine or beer you want to drink is vegan? Barnivore.com has compiled an excellent list of wineries and beer producers, indicating those that are vegan-friendly, those that have some vegan options, and those that do not offer vegan products.

If you want to know about a wine or beer not included on Barnivore’s list, your best bet is to contact the producer directly. Make sure to ask whether any animal products are used at any stage of the wine- or beer-making process. If you discover your favorite product is not vegan, try contacting the producer to see if they offer other products that are vegan. And once you find a vegan wine or beer that you love, make sure your local stores know you love it and will continue to buy it, so you can help ensure they keep it in stock.

It may be strange to think that not all wines and beers are vegan, but the animal products often used in processing mean many are not suitable for vegan diets. As always, think about the choices that make the most sense for you. If that includes a vegan diet, and you want to ensure that no animal products are used in the making of the beverages you consume, seek out wines that use alternate fining tools, and beers that are filtered in different ways and do not use animal products to increase the frothy head. Barnivore’s list is a great place to start.

Tell Us: What brand(s) of vegan beer or wine do you love?