Almost everyone who’s ever been on a diet has had some kind of advice about not eating at night. Whether it’s to stop eating 3 hours before bed-time, or a more specific cut-off point like 7 p.m., what’s the real reason many experts recommend against late-night snacks? 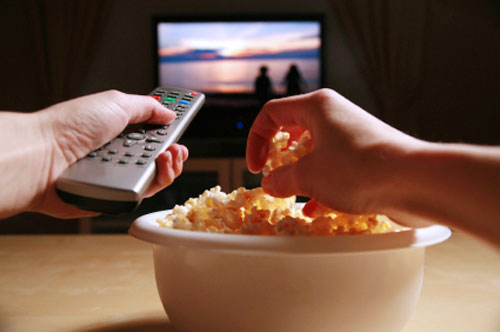 The experts weigh in on bedtime or late-night snacking

Dr. Stuart Fischer, of the Park Avenue Diet Center, said that snacking is exactly the same no mater what time of day you eat, since foods always have the same calorie content and nutritional value, whether you eat them at 6 p.m. or 10 p.m.

But according to Dr. Michelle May, author of Am I Hungry, many people snack at night not because they’re really hungry, but because they’re bored, lonely, or just need something to do while sitting in front of the TV.

Plus, late-night snacking can be dangerous because of the kinds of foods people tend to eat at night – like chips, cookies, and other unhealthy items. Nancy Clark, author of Nancy Clark’s Sports Nutrition Guidebook, says that eating at night is perfectly okay – and even recommended – as long as you’re really hungry. But she says you should make an effort to fuel your body appropriately throughout the day to avoid serious evening hunger, which does leave you prone to choosing the least healthy snacks.

Late-night snacking doesn’t seem to necessarily cause extra weight gain and fat storage all by itself. But if you eat unhealthy snacks, or eat when you’re not really hungry, of course this will lead to added pounds.

Don’t eat just because you’re bored, in a bad mood, or watching TV. Only snack when you’re actually hungry.

If you really are hungry and need a late-night snack, avoid fattening snack foods like chips, cookies and other empty-calorie foods. It’s way too easy to go through a whole bag of chips without even noticing you’ve done it when you’re sitting in front of the TV.