For those with celiac disease, or others who try to eat a gluten-free diet, beer can be a bit of a challenge. Beer is made from fermented grains – generally wheat, barley, or rye – and is therefore a problem for those who are unable to consume gluten, a protein found in all three of these grains. You may have noticed that there are more and more gluten-free food options becoming available as food producers catch on to the fact that there’s a market hungry for gluten-free versions of common foods like bread. Have the beer producers caught on to this growing trend? 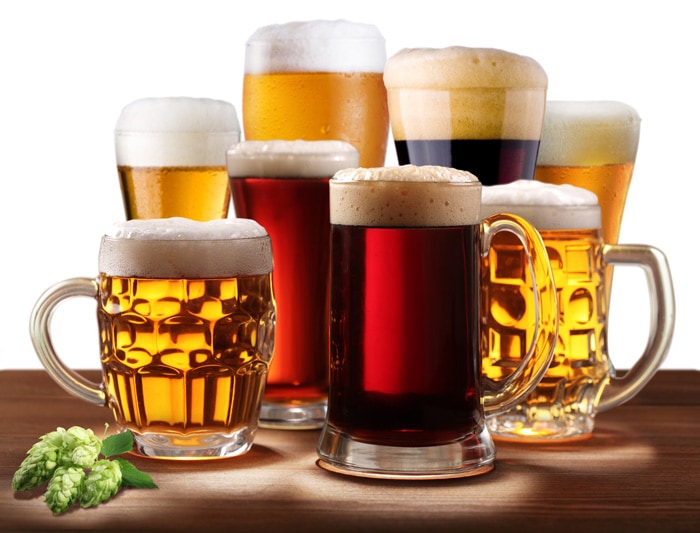 What is Gluten-Free Beer?

Brewers looking to create a beer product for the gluten-free market are using some very creative recipes. Gluten-free beer may be brewed in a manner similar to traditional beer, using malted rice, sorghum, or buckwheat instead of barley or wheat. Or, it can include more unusual ingredients, like honey and molasses. Technically, only beverages made from malted grains can be called “beer,” so the rice- and sorghum-based drinks make the cut, while those made with honey do not. But they’re all sold in the same section of the store and target the same beer-craving market, so we won’t exclude the non-malted-grain brews. Read on to learn about some gluten-free beer brands you might want to try.

These are beers made with sorghum plus one or more other grains.

You don’t have to give up beer to avoid gluten. With more and more gluten-free options becoming available, a gluten-free diet no longer forces you to avoid all foods and beverages traditionally made from wheat and barley. This list is by no means exhaustive – we tried to stick to brands that would be available across the country. Keep an eye out for local breweries selling gluten-free products regionally. We bet that after some taste-testing, you’ll find a gluten-free beer to call your own.