Chia seeds are getting a lot of press lately, as they are being touted as the new miracle seeds that can help control blood sugar, help with weight loss, decrease blood pressure, and enhance cardiovascular health, among many other claims. Does the current research support all these claims?

Chia is the common name of Salvia hispanica, but it is also sold under trade names such as Salba® or Mila™. The popular decorative planters called chia pets are, in fact, sprouted chia seeds. Chia seeds existed long before their sprouted planter counterparts became popular, though. They were an Aztec dietary staple and played an integral part in religious ceremonies in Pre-Columbian societies centuries ago. Nowadays, chia seeds are making a comeback. You can find them online, and at health food stores, various grocery chains, and even Costco. Both black and white chia seeds are available. Some people argue that one is superior to the other, but their nutritional difference is actually minimal. 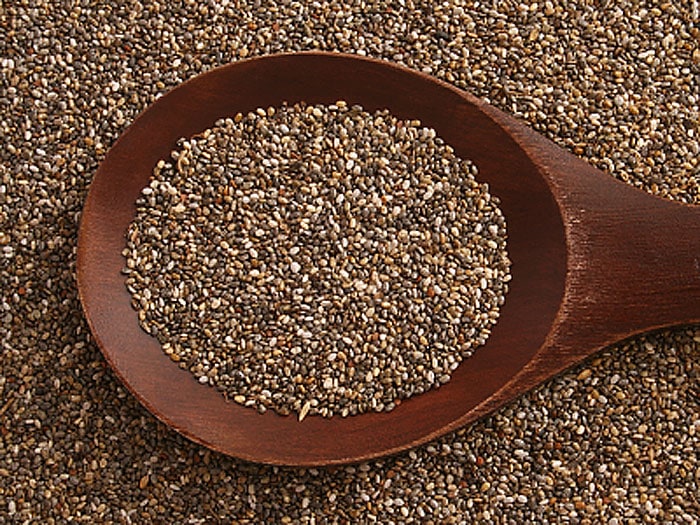 Chia seeds are indeed a nutritional powerhouse. Packed with protein, fiber, and the omega-3 fatty acid ALA, they can be easily incorporated into our diets for an extra boost of nutrition! Note that plant-sourced ALA is different from heart-healthy marine-source DHA, but it doesn’t hurt to include more ALA. Chia seeds were used medicinally in the ancient Aztec and Mayan cultures, and these days chia seed sellers even claim that they can help with a myriad of diseases. In a study published in April 2010, researchers from St. Michael’s Hospital in Toronto, Canada demonstrated that consuming chia seeds could help with blood sugar control. In a 2007 study done by the same group of researchers, chia seeds were shown to reduce the risk of cardiovascular diseases for individuals with type 2 diabetes. However, according to the results of a 2009 trial that looked at potential weight loss in overweight individuals who consumed chia seeds, the Appalachian State University researchers were unable to show a benefit.

Unlike flax seeds, chia seeds don’t need to be ground for their nutrients to be best absorbed. They can be mixed into your yogurts, cereals, juices, soups, salads, etc. You may also mix the seeds with water (1 part seeds to 8-9 parts water) and witness how the soluble fiber in this amazing seed turns the water into a gel. This flavorless chia gel can then be mixed with virtually anything to kick the nutrition up a notch, or can also be used as a thickener in recipes. For even more ways to use chia, you can grind the seeds or buy chia flour to partly substitute for the flour in your favorite bread, muffin, or cake recipes.

Chia seeds are a good source of protein and cholesterol-lowering soluble fiber. Although studies about their health benefits are inconclusive, it is still a good idea to include more seeds (not just chia, but also flax, hemp, pumpkin, etc.) in your diet.

All Things Coconut: Hot New Coconut Food Products You May Want to Try

No More Pasta Sauce from a Jar