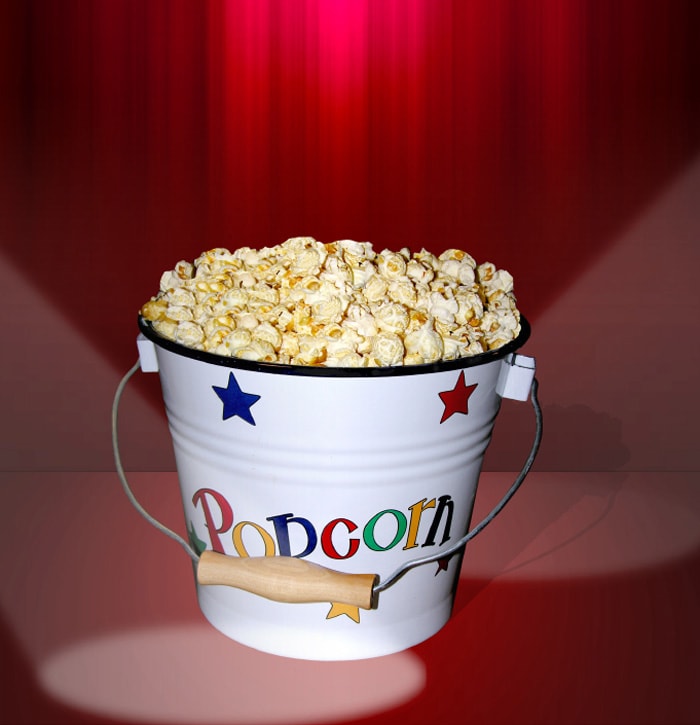 The summer movie blockbuster season is in, and all the papers have reviews of the latest and greatest shows. But have you noticed that no one reviews movie theatre snacks? Maybe that’s because their nutritional value (or lack thereof) is scarier than any horror film! Here’s how you can minimize the movie snack damage.

Popcorn is considered a whole grain, so it contains many beneficial nutrients, like B Vitamins and fiber. It’s one of the healthiest snacks available at the movie theater – but not if it’s drowning in butter or caramel! Three cups of popcorn is counted as one Food Guide Pyramid serving. But the large popcorn you’re getting in your value combo is a whopping 170 oz (at least 21 cups) of popcorn. That’s 1500 calories – within 2 hours! It is still gigantic even if you split it with your movie buddy.

If you don’t mind gulping down more empty calories, that large soda from your value combo gives you 80 g of sugar (equivalent to 16 tsp). Ordering a diet version will save you from drinking empty calories, but it is still no better to drink 32 oz of artificially flavored and colored water.