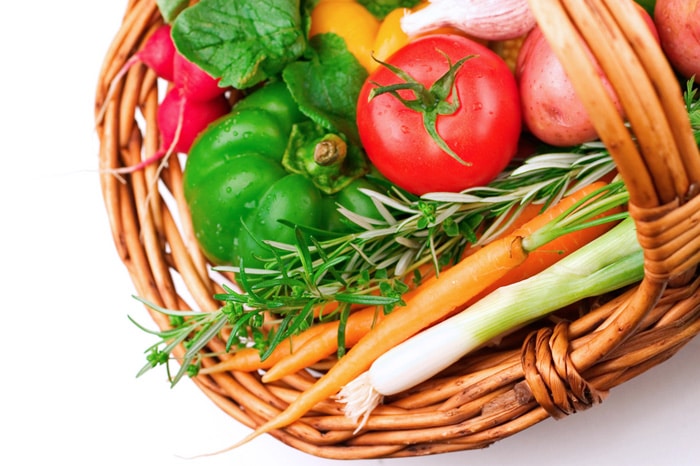 What does Organic mean?

Organic produce is produced by farmers who emphasize the use of renewable resources and the conservation of soil and water to enhance environmental quality for future generations. According to the USDA, organic produce is produced without using most conventional pesticides, fertilizers made with synthetic ingredients or sewage sludge, bioengineering, or ionizing radiation.

It is important to note that it is difficult to compare crops grown in different regions with different weather and soil conditions. Therefore a definite conclusion cannot be drawn; however it is important to note some trends. Early studies in the ’90s showed that organic produce was not superior to conventional produce in terms of nutritional value. However, a more recent review published in April 2001 showed that organic produce contains higher levels of vitamin C, iron, magnesium and phosphorus. In addition, a lower level of nitrates was found in organic crops.

Is organic produce free of pesticides and other chemicals?

Unfortunately the answer is no despite that most consumers perceive it to be pesticide-free. It is, however, true that organic produce has lower concentrations of pesticide residues. A recent study published in February 2006 showed that organic produce lowers exposure to pesticides in children. It is important to note that pesticide usage in farming is subject to strict regulations. Hence, even though the conventional produce contains higher levels of pesticide residues, it does not necessarily mean that they are dangerous to one’s health. Unfortunately, since no large-scale studies have investigated longer term effects of pesticides in the food chain, it is difficult to truly know if the safety limit set by the regulatory bodies is indeed sufficient enough to protect us.

Key Message: At this point, we do not know if organic produce is healthier. However we do know that they can help lower our exposure to pesticides. Contrary to most consumers’ perception, it is still important to wash organic produce. Since organic crops can be fertilized with natural sources of nutrients such as animal manure, fish emulsion and plant debris, it is important to wash organic products thoroughly especially if they are to be eaten raw. Washing thoroughly can help minimize possible traces of salmonella and E Coli. Regardless of organic or conventional, fruits and vegetables are rich sources of vitamins, antioxidants and fiber. Consider practicing the following:

Researchers from the Emory University in Atlanta studied urine samples of 23 elementary school-aged children. These children were followed for 15 days in which 5 of the days, the subjects were given organic foods such as organic produce, juices and grains. Researchers found significantly lower concentrations of organophosphorus pesticides in the urine samples on days when the children were given organic foods only. The result of this study was published in Environmental Health Perspectives in February 2006.

It is exciting to see the dramatic reduction of pesticide exposure when children were given organic foods. In spite of the small study population, it is encouraging that more data and studies are emerging discussing the benefits of organic foods and health. As we have discussed about organic produce in our previous article, it is important to note that pesticide usage in farming is subjected to strict regulations. Hence, even though conventional produce contains higher levels of pesticide residues, it does not necessarily mean that they are dangerous to one’s health. However, no one can refute that it is probably better to have lower overall pesticide exposures.

Organic Regulations: Organic produce has been regulated by the USDA’s National Organic Program NOP since October 2002. In order to display the approved USDA organic seal, produce must contain at least 95% organically produced ingredients. Look for this label while shopping for organic products.