Have you ever wondered what Olympic athletes eat when they are living in the athletes’ village during the Olympic Games? With over 10,000 high-performance athletes looking to keep themselves well-nourished and properly fueled, feeding them is one big job.

The editors of HealthCastle.com set out to find some answers about exactly how all those athletes get fed, and what they’ll be eating to keep them in prime form during the competition in Beijing. 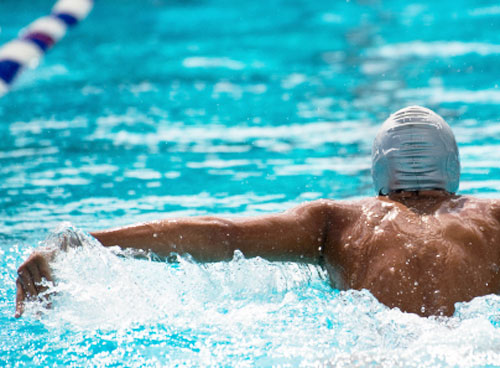 What’s on the Olympics diet menu for athletes in Beijing?

The diet the athletes will be eating in Beijing was designed with sports nutrition principles in mind, according to Jillian Wanik, who’s the lead dietitian for ARAMARK, the company in charge of catering for the Olympics in Beijing. She said the menu is based on resources provided by the American Dietetic Association, Dietitians of Canada and the American College of Sports Medicine.

But the menu will also feature food from the Mediterranean, the Americas, the Caribbean, and Europe – a total of over 800 recipes – with a focus on lean meats and fish for protein, and a variety of fresh fruits, vegetables, and whole grains.

To make sure athletes get the right fuel to keep them in peak form throughout their Olympic competition, Wanik said that Registered Dietitians – and translators – will be on-hand in the dining room 12 hours a day.

How much food does it take to feed all those athletes?

It’s not just athletes eating in the athletes’ village. In fact, more than 28,000 athletes, coaches, and staff from all over the world will be eating the Olympics diet in a dining room the size of three football fields that seats 6,000 at a time.

That many people go through a lot of food. Here’s the breakdown of what they’ll eat, according to ARAMARK:

You may not have to feed an entire Olympic Village, but you can still learn from the principles of what our athletes will be eating as part of their Olympics diet. A good variety of meals based on lean meats and seafood, fruits and vegetables, and whole grains will keep any family at the peak of their game.