Barley, a type of whole grain, originated in Ethiopia and Southeast Asia, where it has been cultivated for more than 10,000 years. Barley was used by ancient civilizations as a food for humans and animals, as well as to make alcoholic beverages. In addition, barley water has been used for various medicinal purposes since ancient times. 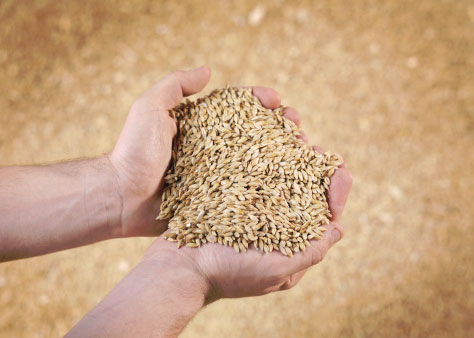 Barley contains high levels of dietary fiber and selenium (a type of antioxidants). Recent studies showed that a diet high in beta-glucan from barley helps lower blood LDL cholesterol (the bad cholesterol). Barley may also help stabilize blood glucose levels, which may benefit people with diabetes. A study published in the American Journal of Clinical Nutrition in 2004 reported a 6 percent and 8 percent reduction in LDL cholesterol following consumption of diets containing barley with 3 grams and 6 grams of beta-glucan soluble fiber, respectively.

In 1997, the FDA authorized coronary heart disease risk reduction health claim for beta-glucan soluble fiber from oat products. In December 2005, the FDA extended its approval to barley as well. To qualify for this health claim, a food product must contain at least 0.75 grams of barley beta-glucan soluble fiber per serving. The general public can expect to see whole barley and dry milled barley products such as flakes, grits, flour, meal, and barley meal bearing the health claim.

The US government published the new Dietary Guidelines for Americans 2005 in January 2005. One of the new guidelines recommends that all adults eat half their grains as whole grains – that’s at least 3 servings of whole grains such as barley and whole wheat a day. In addition to pearl barley, experiment with other barley products such as barley flour and barley flakes in your daily cooking. To increase intake of barley, try the following: