What’s the first thing that comes to mind when you hear the word “probiotics”? They are often found in yogurt, crackers, and increasingly in products such as infant formula and cereal. For example, Gerber added probiotics to both their infant formula line and their infant cereal line. Most consumers believe that probiotics improve gut health, boost immunity, and prevent allergies. A few studies have shown health benefits in the first two arenas, but what about preventing allergies in children? 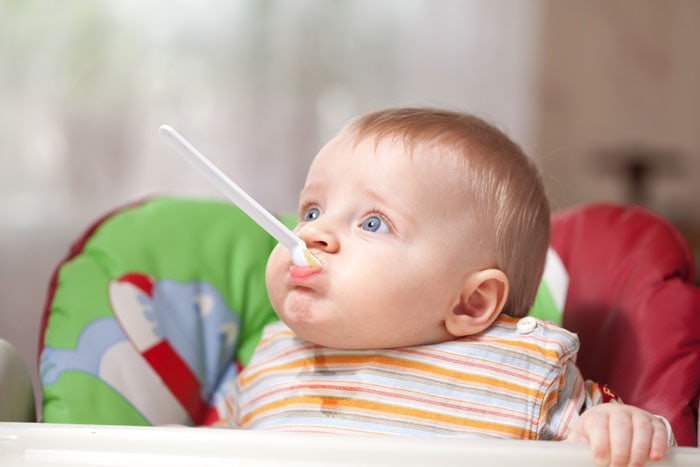 Studies have documented that the microbial makeup differs between allergic and non-allergic infants. The gut microflora is also shown to differ between countries with low versus high prevalence rates of allergies.

While the preliminary evidence is promising for the use of probiotics in preventing eczema, there is currently insufficient evidence for the role of probiotics in preventing other types of allergies such as asthma or food-induced allergies. A September 2012 Australian study published in the Journal of Allergy and Clinical Immunology found that giving infants probiotics did not reduce the rates of nasal allergies, food allergies, or asthma when the babies were kindergartners.

“Probiotics” is the blanket term for a whole group of beneficial bacteria, which when present in sufficient amounts have health benefits ranging from improving lactose intolerance, reducing the rate of acute diarrhea, and improving nutrient bioavailability. Prebiotics and probiotics work together to maintain a healthy digestive system.

When it comes to probiotics and allergy prevention, different bacterial strains exhibit different effects. Because studies use various strains of bacteria, sometimes combining a few different strains into one probiotic supplement, current evidence does not conclusively show which bacterial strains specifically prevent which type of allergy. The development of allergies is a complex process, and merely consuming probiotics does not guarantee prevention.

So does this mean you should still consume yogurt or buy infant formula containing probiotics? It depends. For example, a baby that often suffers from bouts of diarrhea may benefit from the Lactobacillus GG strain, which has been shown in studies to reduce the rate of acute diarrhea and rotavirus shedding. Another bacterial strain, Bifidobacterium lactis, has been shown to improve intestinal transit time, which may help relieve constipation.