To chocoholics like myself, there is no better news than the fact that cocoa and chocolate are indeed great sources of antioxidants. However, not all cocoa powders are created equal. 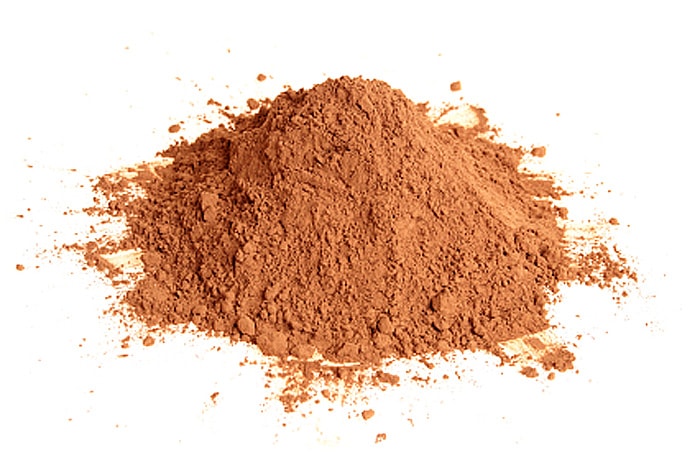 Similar to the process for making chocolate, cocoa powder is made by first grinding cacao nibs into a cocoa mass, which is then liquefied into a paste known as chocolate liquor. After the cocoa butter is forced out of the chocolate liquor by either a press or a special technique known as the Broma method, the remaining cocoa solids are processed to make fine unsweetened cocoa powder. Natural cocoa powder is lighter brown in color than Dutch-processed cocoa, tastes slightly bitter, and has a deep chocolate flavor. It is also very high in antioxidants (ORAC 629 umol TE/g). Some popular brands of natural cocoa are Nestlé, Hershey’s, and Ghiradelli.

Dutch processing refers to the process by which the cocoa beans are washed with an alkaline solution, usually potassium carbonate, in order to neutralize the acidity of the natural cocoa. The resulting cocoa is known as “Dutched,” “alkalized,” or “Dutch-processed” cocoa. Aside from neutralizing the acidity, alkalizing cocoa powder changes it into a darker, more reddish shade of brown that may look more appealing, and can also help mellow the flavor of the beans and improve solubility. Since it does not react to baking soda like natural cocoa does, Dutch-processed cocoa is usually used in recipes with baking powder. Some popular brands of Dutch-processed cocoa are Lindt, Valrhona, and Droste.

Although alkalizing cocoa powder results in a product that may look and taste better, this process actually reduces polyphenolic compounds such as flavonoids significantly, according to Dr. Barry Swanson, spokesperson for the Institute of Food Technologists. This results in a drastic decrease in antioxidant activity – the more heavily the cocoa powder is alkalized, the lower the antioxidant activity. According to Hershey’s, heavily alkalized cocoa has less than half the ORAC score (a measure of antioxidant activity) of natural cocoa. In addition, because Dutched cocoa powder is subjected to a chemical process, products that contain Dutch-processed cocoa technically cannot be called “natural.”

Other Considerations When Choosing Cocoa Powder

When selecting a cocoa powder, other than the choice between natural and Dutch-processed, you also need to look at the label in order to pick the one that is most suitable to your cooking pursuit. For example, Dutch-processed cocoa (e.g. Fry’s Cocoa) usually contains sodium carbonate, which may alter the flavor of your final product.

According to Dr. Janet Bond Brill, author of Prevent a Second Heart Attack, “natural unsweetened cocoa powder has the highest concentration of flavanols compared to other chocolate products.” In addition, its low calories, sugar, and fat make it a healthier antioxidant source than other commercial chocolate bars.

1 thought on “All About Cocoa Powder”