If you’ve ever been to Amsterdam around the end of April, you know that Queen’s Day is a huge deal! It’s the city’s biggest celebration, with about 700,000 people attending, most decked out in their best Dutch orange. Today marks the last Queen’s Day celebration for the reign of Queen Beatrix, who announced in January that she would abdicate the throne this Queen’s Day, April 30. Starting next year, King’s Day will be celebrated on April 27 to honor the birthday of the new Dutch king, Willem-Alexander.

In honor of this final Queen’s Day, we thought we’d take a look at some healthy options for eating in Amsterdam.

Tip: If you’re more interested in celebrating Queen’s Day like a local than seeking out healthy Dutch food, do what the Dutch do: Focus on orange foods! 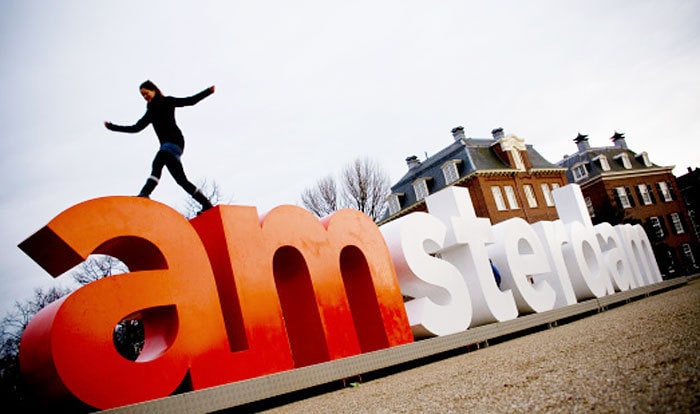 Here are our top three healthy foods to try in Amsterdam.

Stamppot is a hearty winter dish. It can be quite healthy or rather heavy, depending on the approach you take. Stamppot is made by mashing potatoes together with vegetables – traditionally kale, a dark green leafy vegetable packed with vitamins. So far, so good.

From there, it can get a little dicey, as it’s often served with a sausage and gravy, but many restaurants are offering vegetarian versions that incorporate more vegetables instead. Moeders and Haesje Claes both offer healthier stamppot options, or go for the traditional version and ask for a small serving of sausage with the gravy on the side.

Rijsttafel (pronounced “rice-taffel”) translates to “rice table.” It’s a tradition brought to the Netherlands from Indonesia during the colonial days. Rijsttafel is not any one particular dish. Rather, it’s a concept: It’s a collection of many Indonesian-style dishes served in very small portions along with rice.

Like stamppot, rijsttafel can be healthy or heavy, depending on what you make of it. Most rijsttafel restaurants have several menus you can choose from, including meat, fish, vegetables, curry, tofu, and several kinds of rice. It’s a great way to try many different flavors without eating too much of any one thing. As the number of items included can be quite large (20+ would not be surprising), you may want to share with a friend!

Not for the faint of heart, this is a raw herring served with onions and pickles – just think of it as Dutch sushi. Throughout much of the Netherlands, the tradition is to hold the fish by the tail (it’s quite small), tilt your head back, and gobble it down – but that’s not how it’s done in Amsterdam. In Amsterdam, the fish is served chopped up, and you spear the pieces with a toothpick to get them into your mouth. This is a street food, not something served in restaurants, so keep an eye out for the many small stands (often on bridges) with a Dutch flag out front.

When thinking about Dutch foods, it may be chocolate and cheese that come to mind – and you can certainly make these part of any Dutch visit. Just be sure to do as the Dutch do and focus on quality over quantity. A few bites of rich Dutch chocolate or a paper-thin slice of aged gouda cheese has all the flavor impact you need. And be sure to seek out the foods mentioned here for a healthier way to explore traditional Dutch cuisine.