You may have come across natural, organic, or nitrate-free ham in the grocery stores. Ever wonder if they are better than conventionally processed ham?

Processed meats contain nitrates and nitrites, which are used to preserve the meat and prevent food-borne illness such as botulism. Nitrates and nitrites also give cured meats their distinctive pink coloring and “cured” flavor. However, dietary nitrates or nitrites can react with amino acid byproducts in your digestive tract (or in the meat itself) to form nitrosamines, a known carcinogen. A large, multi-year study of over 500,000 participants done by the National Cancer Institute found an increased risk of several types of cancers that are associated with processed meat sources of dietary nitrates/nitrites, such as bladder cancer and pancreatic cancer. A 2007 Expert Report from the World Cancer Research Fund and American Institute for Cancer Research stated that processed meat is a “convincing cause” of colorectal cancer. 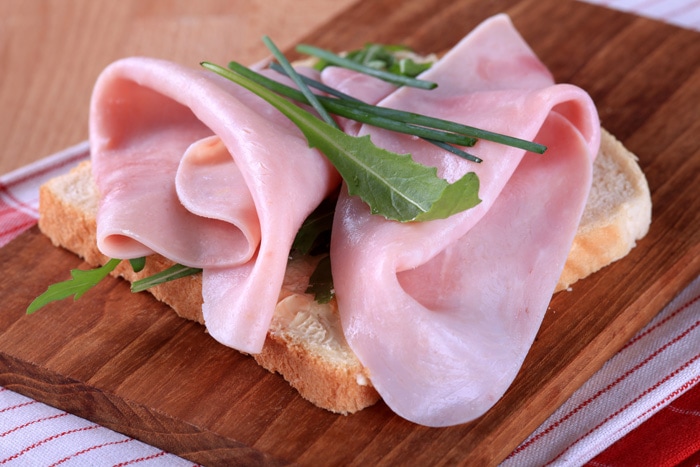 So, Is Natural Ham Better?

The label stating “natural, “uncured,” or “no nitrates or nitrites added” simply means that no sodium nitrate or sodium nitrite was directly added to cure the meat. What it really means is:

Do We Need to Worry about High-Nitrate Veggies?

Some vegetables are naturally high in nitrates –  including celery, lettuce, spinach, beets, radishes, and carrots. However, we don’t need to worry about these natural vegetables, as they tend also to contain lots of phytonutrients or vitamins that act as antioxidants, which can presumably counteract the carcinogens formed.

No study has confirmed the safety of using celery extract, juice, or powder in curing meats, according to Dr. Roger Clemens, a food ingredient expert and president of the Institute of Food Technologists. In addition, being “natural” does not mean it’s safer, healthier, or nutritionally superior. After all, celery juice powder or extract is just an ingredient, not a whole food.

Celery extract, juice, or powder used in curing meats is not free of nitrates or nitrites, so buyers beware! ​Using vegetable-derived extract as a source of nitrates for curing meats does not address the real issue on hand: eating less processed foods and reducing dietary intake of nitrates/nitrites.