Garlic, broccoli, soy, peanuts and salmon: These were the top five super foods a decade ago. After 10 years of new scientific discoveries, which food stays on the list and which foods are the rising stars? 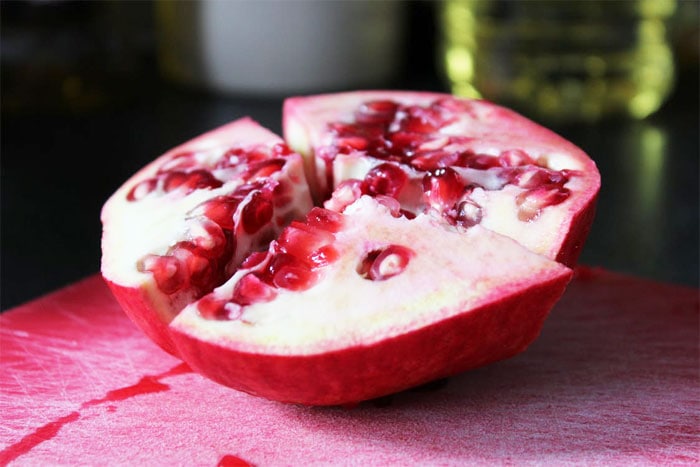 Walnuts are one of the best plant sources of protein. They are rich in fiber, B vitamins, magnesium and antioxidants such as Vitamin E. Nuts in general are also high in plant sterols and omega 3 fatty acids. Walnuts, in particular, have significantly higher amounts of omega 3 fatty acids as compared to other nuts. In March 2004, the FDA endorsed the health benefits of walnuts by approving its heart health claim.

Pomegranate has quickly become one of the most talked about super foods in the past two years. Pomegranate fruits contain polyphenols, tannins and anthocyanins, which are all beneficial antioxidants. On the other hand, pomegranate juice contains high levels of antioxidants – higher than most other fruit juices, red wine or tea. Preliminary evidence suggested that drinking concentrated pomegranate juice may reduce cholesterol. It was further suggested that drinking a glass of pomegranate juice a day for one year reduced blood pressure (particularly systolic pressure) and slowed down low density lipoprotein or LDL cholesterol (the bad cholesterol) oxidation.

Many studies so far were small, thus more research is needed to fully evaluate the possible health benefits of pomegranate. Pomegranate juice is generally safe to drink. Most studies have administered a daily helping of 1.5 ounces (45 milliliters) of pomegranate juice with no significant side effects.

Salmon is a perfect food to substitute meats. It is a good source of protein and omega 3 fatty acids. With more than a decade of solid supporting scientific evidence, no wonder salmon stays on the top five super food list! In 2002, the American Heart Association recommended eating at least two servings of fish a week, particularly fatty fish such as salmon. With increasing public concerns over farmed salmon, choose wild salmon. Most canned salmon are wild.

Dark green vegetables such as kale, chard, collard greens, bok choy, broccoli, asparagus, green beans etc are packed with vitamins A and C, iron, calcium and phytonutrients. They are very filling, high in fiber and low in calories, making them perfect foods to keep your heart healthy and your waistline slim. The new diet recommendation made by the American Heart Association recommends eating at least 4 servings of vegetables a day from a variety source.