Many people complain of stomach ache, mostly in the evening or after meals. They are most likely suffering from an episode of acid reflux, also known as heartburn. Over-the-counter antacids, like Tums, may offer quick relief from pain. But for most people, a proper diet is the best solution. 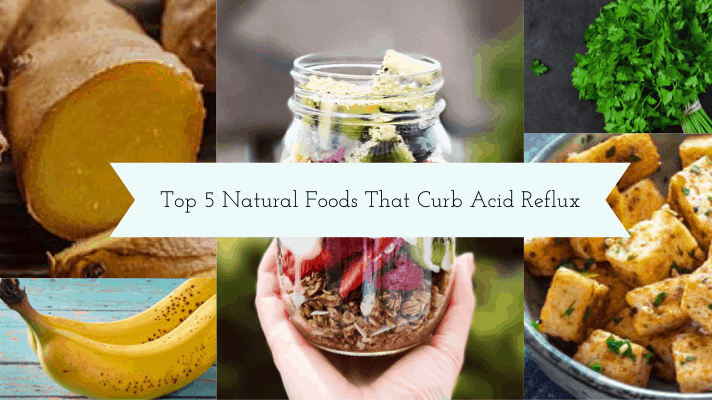 Acid Reflux: Some Diet Myths You May Have Heard

You may have tried drinking milk to ease acid reflux before sleep. Often, however, milk actually ends up causing more reflux during sleep. To understand the whole situation, we have to realize that nighttime acid reflux begins with eating too much at dinner. Eating a big meal at dinner causes excess stomach acid production. Milk may be a quick fix for the symptoms, but it has a rebound effect and eventually encourages more stomach acid secretion, which causes acid to reflux. To solve the problem, try adjusting your diet by eating a small meal at dinner and having a small snack such as crackers before sleep, or try some of the other natural food solutions below.

We have been told for years that coffee, acidic fruit, and spicy foods can aggravate acid reflux. Therefore, folks with acid reflux were told to avoid these foods. A study published in the Archives of Internal Medicine in May 2006 showed that none of these myths hold true. Researchers from Stanford University found that only two behavioral changes can reduce symptoms of acid reflux: eating less and elevating your head while sleeping. 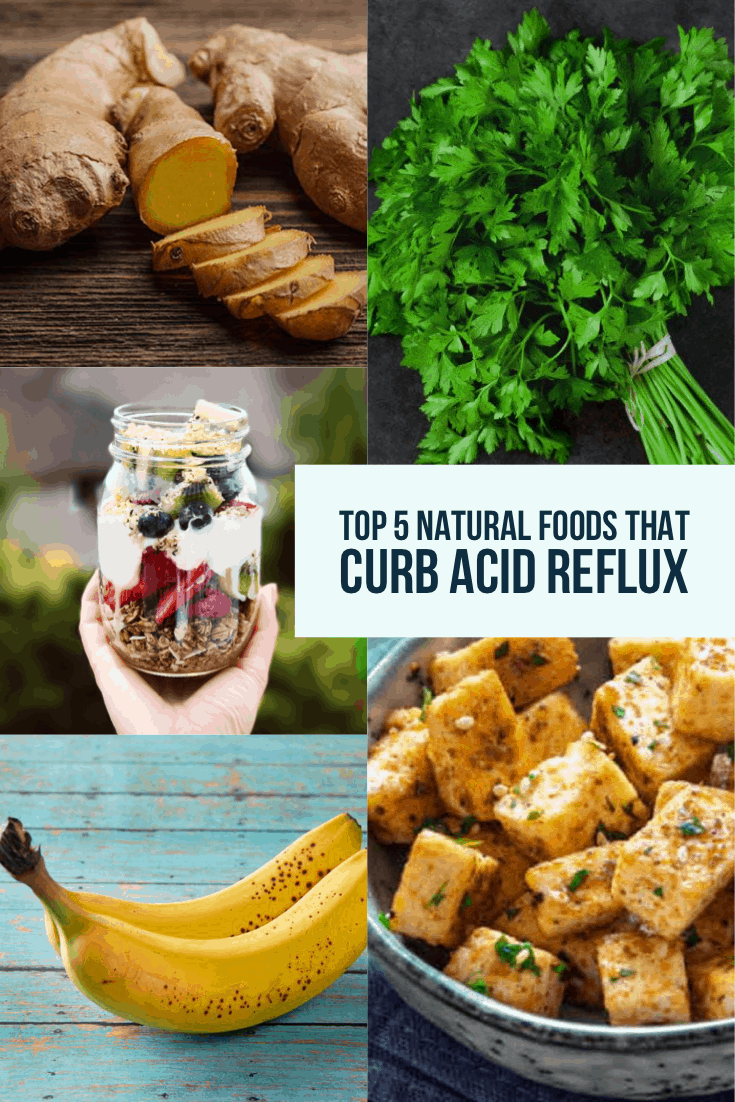 High-fat meals or deep-fried foods remain in the stomach longer, thus causing the need for more stomach acid in order to digest them. Complex carbohydrates, like oatmeal, can soothe your stomach and provide necessary fiber and nutrients.

Meat, often higher in fat and taking longer to digest, is a culprit of acid reflux. Replace it with low-fat, high-protein foods to manage the symptoms. I recommend lentils and non-GMO tofu for their high-quality plant-based protein!

I’ve written about ginger many times. The Chinese use it to heal GI ailments. Some people find ginger too “spicy” to eat directly; in this case, I recommend drinking ginger tea after dinner. For cooking ideas, try grating some ginger on soup, or slice a few pieces when making stir-fry. If you can at least chew the ginger piece and suck out the juice, it will surely help ease acid reflux.

Banana simply is a great snack for folks with acid reflux. Its carb content can soothe the stomach, and it can be eaten on its own without much preparation.

Like ginger, this herb has been used to treat digestive conditions for thousands of years. It works to neutralize acids in the stomach and hence prevent heartburn. Try using fresh parsley if possible.

Over-the-counter medications may seem like a quick fix for acid reflux. However, the effect is usually short-lived and doesn’t help prevent the next episode. For most people, a slight adjustment of diet and lifestyle changes are the best solutions for overcoming acid reflux.

2. Include complex carbohydrates in each meal. These foods, such as rice, oatmeal, and whole grain bread and pasta, are able to tie up excess stomach acid and are often easy on the stomach.

4. Avoid trigger drinks. Some drinks seem to trigger heartburn more often, including coffee and tea, caffeinated soda, carbonated soda, and alcohol. Don’t think that drinks just quickly flow through your stomach without affecting acid production. Surprisingly, a lot of beverages stimulate acid secretion, including beer, wine, and soda. The worst of all is beer: It can double your stomach acid within an hour!

5. Don’t always resort to milk. You may have tried drinking milk to ease acid reflux before sleep. But milk often ends up causing reflux during sleep. To understand the whole situation, you must realize that bedtime heartburn stems from eating too much at dinner. Eating a big meal at dinner causes excess stomach acid production. Milk may be a quick fix, but it has a rebound action and eventually encourages secretion of more stomach acid. If you have a medical condition that requires you to eat before bedtime (like diabetes), try eating a piece of whole grain bread or a small bowl of oatmeal instead.

6. Eat more ginger. This natural heartburn-soothing food has been used for centuries in Asian cultures as a natural GI remedy!

7. Use more parsley. Parsley shouldn’t just be used as a garnish. This medicinal herb has been used as a digestive aid.

8. Address reflux that occurs at bedtime. For nighttime reflux, try the following:

9. Take a walk. Try taking a walk after a major meal. Maintain an upright position during and at least 45 minutes after eating.

10. Lose extra weight if you’re overweight. A 2006 study published in the New England Journal of Medicine found that overweight people with BMI between 25 and 30 were twice likely to develop acid reflux. People who were obese with BMI over 30 had triple the risk of developing acid reflux!