Valentine’s Day is not only for young couples. To celebrate this day of romance, you can spark your sex drive by making some simple changes to your diet. Include the following foods in your meals to get you and your loved one in the mood in this chilly weather. 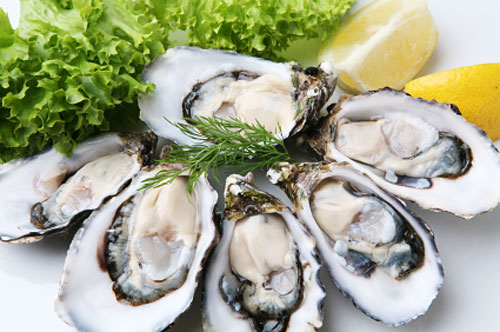 Revitalize Your Sex Life with Foods

There’s more than one reason why oysters always top the aphrodisiac chart! Bivalve molluscs ? the group of shellfish that includes oysters, clams and mussels – are high in zinc, which boosts testosterone and sperm production. Another study partly funded by the National Institute of Health discovered that these shellfish contain two rare amino acids (D-Asp & NMDA) that can trigger a surge in sex hormone production. So include more shellfish (to replace meat) in your diet!

Chocolate makes us feel good, and there’s science behind it. Chocolate triggers the release of a few feel-good chemicals in the body: endorphin, serotonin, dopamine, and phenylethylamine. They de-stress us and help us calm down. Chocolate also contains theobromine and anadamide, lesser known substances that bring on feelings of euphoria. To maximize the benefits, choose dark chocolate, which has a higher cacao content.

Oatmeal can do more than lower cholesterol! Oatmeal is a good source of L-arginine, an amino acid that can facilitate the production of nitric oxide. According to Dr. C. W. Randolph, board certified by the American College of Obstetrics and Gynecology, nitric oxide is released by the genitals when one is sexually aroused. “Aside from oatmeal, many nuts and seeds, beans, and granola are also rich sources of L-arginine,” says Dr Randolph, who is the author of In the Mood Again.

Almonds contain the highest level of Vitamin E among all nuts and seeds. Vitamin E has been shown to stimulate sex hormone production. Some studies have also shown that Vitamin E may help protect sperm from oxidative damage.

There’s a reason for the saying “spice things up.” Virtually any foods that are good for heart are good for libido. At the top of the ORAC antioxidant chart are spices like cinnamon, oregano, and tumeric. High-antioxidant foods generally enhance blood flow, so use moderate amounts of spices in your cooking this Valentine’s month!

What about Gingko Biloba?

How does this popular circulation-boosting supplement measure up? It turns out that theory doesn’t really work in reality. A scientific review conducted by Mount Sinai School of Medicine Professor Dr. Ronald Tamler found that gingko did not demonstrate a significant improvement for erectile dysfunction condition.