The original “fish fingers,” which were made from a mixture of cod, pollock, and other white fish and made popular by the iconic Captain Birdseye, were invented in the UK about 50 years ago as an attempt to get people to eat more fish. Since then, these compressed, uniformly square “fingers” have probably made it onto every child’s plate, and they are still a staple in many families’ freezers. Fish sticks have not evolved much since their invention, and certainly not from a nutrition stand-point. We decided to test out a homemade fish stick recipe to see if we could create a more wholesome version. 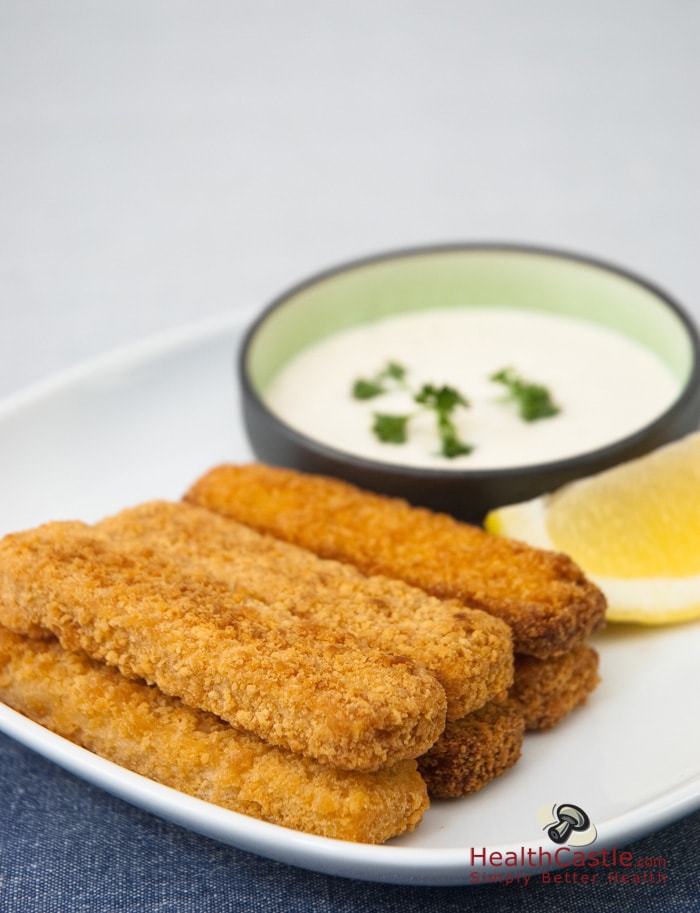 Here’s what we found when we compared frozen fish sticks to our homemade version:

Our homemade recipe cost twice as much as the frozen version, but the resulting fish sticks have more protein, lower calories, and less fat and sodium. The additional cost can be attributed to the fresh fish, which gives you more protein and less junk. In the frozen version, the mystery fish blend (whiting or cod or haddock or pollock) needs to be flavored –- hence the additional sodium. As well, the frozen fish sticks have a thick crust that was “browned in canola oil,” which results in a huge increase in the amount of fat per serving. Without the unnecessary fat in our homemade recipe, we were able to cut the calories by half. Our nutrient analysis included every ingredient used in the homemade recipe, but the real calories should even be lower because a lot of the crust mixture was actually discarded. That is a lot of calorie savings!

We were surprised by how easy it was to make fish sticks from scratch. We even tried making them a second time without even following the recipe, and they still tasted as yummy as the first time – they tasted like fish, just like they are supposed to! They were crispy and spicy on the outside, yet moist and flavorful on the inside. In contrast, the frozen version was heavily breaded and the “fish” portion was rather mushy. Our homemade fish sticks did not turn out to be as uniform in shape as the frozen ones, but that’s because they were made from real fish fillets instead of a compressed mixture of minced fish!

Kids and adults both like to enjoy fish sticks once in a while, and we all deserve something delicious, healthy, and wholesome. Forget about the mystery frozen fish sticks and the extra fat and sodium that comes with them! Making your own only takes four more minutes and it may even be a fun thing to do with your kids. Once you have tried the real fish sticks, you will agree that the frozen ones just don’t cut it!